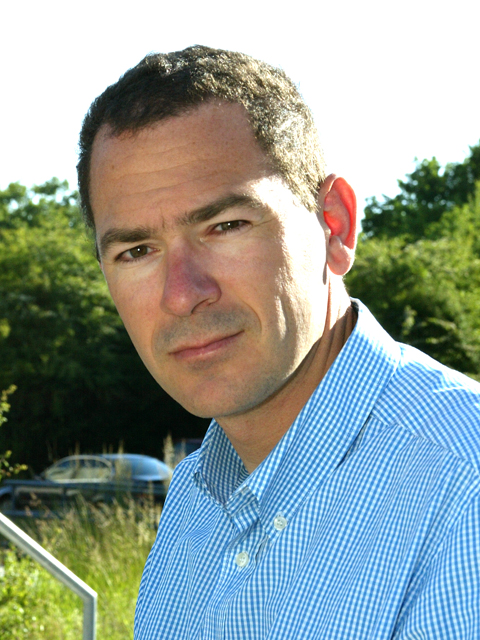 The LHE is a laboratory of environmental fluid mechanics whose research strives toward a better understanding of physical processes in the environment, with particular emphasis on the problems encountered in hydraulics and the study of geophysical flows. The field of research covered within Ancey's team includes the following topics:
- Rheology & fluid dynamics of geophysical flow and the resulting hazards, with the objective of modeling natural hazards induced by water such as mudflows and avalanches.
- Physics of bed load transport, aiming at better management of sediments in waterways

Our major area of interest is the rheology of particle suspensions, mainly the natural suspensions involved in geophysical flows such as avalanches, mudflows, and stream transport of materials. Three major research orientations can be designated

2° The inverse problem :very often in rheology, stresses and strains cannot be measured directly; measures must first be taken on the macroscopic scale to then deduce the behavior on the microscopic level. This type of problem is most often within the domain of inverse problems. Our research aims most particularly to propose inverse determination methods either to adjust model coefficients or to deduce the mechanical behavior.

3° Particle entrainment in dilute turbulent suspensions: a major problem in geophysical flows is solid particle entrainment. We are mainly interested in understanding the erosion of a rough particle bed and modeling the phenomenon (Exner equation)

Christophe Ancey has both a PhD and an engineering degree granted by the Ecole Centrale de Paris and the Grenoble National Polytechnic Institute. Trained as a hydraulics engineer, he did his doctoral work under the supervision of Pierre Evesque from 1994 to 1997 on rheology of granular flows in simple shearing. He was recruited in 1998 as a researcher in rheology at the Cemagref as part of the Erosion Protection team directed by Jean-Pierre Feuvrier, which has since become the laboratoire "Storm Erosion, Snow and Avalanche Laboratory". Parallel to this research activity, with Claude Charlier He set up a consulting firm for engineering contracting called Toraval (www.toraval.fr), which has become the major player in the avalanche field in France. Since 2004, He is a fluid-mechanics professor at EPFL and he is the director of the Environmental Hydraulics Laboratory.
He is associate editor of Water Resources Research, one of the leading journal in the field.

An Underlying Asymmetry within Particle-size Segregation

A viscoplastic lubrication model for entrainment by avalanches and debris flows, and comparison with experiments

Bed load transport over a broad range of timescales: Determination of three regimes of fluctuations

Avalanche of fluid in the laboratory: the dam-break problem revisited.

A model for entrainment in avalanches and debris flows based on PIV measurements of viscous gravity currents.

Fluctuations of particle transport rates in graved-bed rivers or the quest for equilibrium?

The dam-break problem for concentrated suspensions of neutrally buoyant particles

Segregation in a quasi-stationary avalanche on an inclined conveyor-belt.

RAS and LES Simulation of the supercritical flow over the waving bed.

From standing to breaking antidunes, a Hopf bifurcation.

Segregation in a quasi ‐ stationary avalanche on an inclined conveyor ‐ belt.

From bedform evolution to channel slope fluctuations in steep-slope streams.

Are there "dragon-kings" events (i.e. genuine outliers) among extreme avalanches?

Laboratory-scale dam-break study of gravity currents with basal entrainment: PIV measurements of a viscous newtonian fluid over a horizontal bed of the same ﬂuid.

From local slope ﬂuctuations to channel evolution in steep-slope streams.

Refractive-index and density matching in concentrated particle suspensions: a review

Experimental investigation of the spreading of viscoplastic fluids on inclined planes

Tracking the free surface of time-dependent flows: Image processing for the dam-break problem

An exact solution for ideal dam-break floods on steep slopes

Existence and features of similarity solutions for non-Boussinesq gravity currents

The Kulikovskiy-Sveshnikova-Beghin Model of Powder Snow Avalanches: Development and Application

Plasticity and geophysical flows: A review

This course is an introduction to fluid mechanics. Physical properties of fluids and the conservation principles (mass and momentum) are presented. The second part of the course is devoted to applications to open-channel hydraulics and pipeline flows.

The course provides computational methods for unsteady flow problems such as floods, waves, and dam failures. The emphasis is on the physical understanding of the phenomena, the governing equations (Saint-Venant equations) and aspects related to engineering practice.

The course is an introduction to extreme value theory and its use for managing hydrological risks (mainly floods). Apart from quantification tools, greater awareness of mitigation policies against natural hazards is developed for land-use-planning applications.

Similarity and Transport Phenomena in Fluid

The course is an introduction to symmetry analysis in fluid mechanics. The student will learn how to find similarity and travelling-wave solutions to partial differential equations used in fluid and continuum mechanics. The course covers mathematical and physical aspects
close