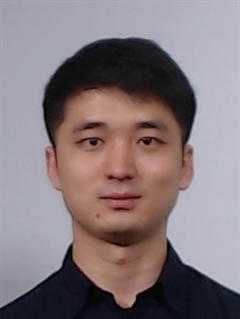 Dan Ren studied Materials Science and Engineering in the Shanghai Jiao Tong University from 2009-2013. He then continued his study as a graduate student in the National University of Singapore with Prof. Jason Boon Siang Yeo and earned his Ph.D. degree in Chemistry in 2017. During his PhD, he developed Cu-based nanostructures and bimetallic systems for efficient and selective electrochemical reduction of carbon dioxide to multi-carbon products. He also developed in situ tools, especially in situ Raman spectroscopy, for probing electrocatalytic surface during carbon dioxide reduction and revealed the nature of active sites as well as the adsorbed intermediates.
In early 2018, he moved to Switzerland and joined LPI as a postdoc. After working with Prof. Michael Graetzel for half a year, he was promoted to group leader and continued leading the solar fuel research subgroup since then. He is now working on electrocatalytic carbon dioxide reduction, operando Raman spectroscopy and system engineering for artificial photosynthesis. He has authored/co-authored >30 publications in prestigious academic journals and presented his work in >10 international conferences. These work have garnered >2000 citations and 6 of them are ESI highly cited papers (top 1% in the discipline of Chemistry). Together with Prof. Graetzel, he has successfully secured several grants both at national and international levels, including 'Solar-Bio Fuels' from Gebert Rüf Stiftung, 'SUN2CHEM' from EU H2020, '112CO2' from EU H2020, 'METHASOL' from EU H2020 and a collaboration grant from Saudi Arabia.