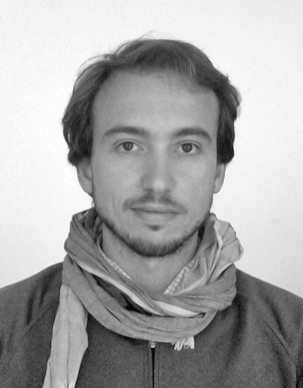 
Darío Negueruela currently heads the division of fundamental research at ALICE. In 2017 he completed his doctoral thesis "The City of Extended Emotions". Prior to this, Dario studied at Madrid School of Architecture, ETSAM (Diploma of Advanced Studies, 2011), TU Delft, The Netherlands (MSc Arch, 2006) and Westminster, London (BA Arch & Urban design 2002).
His research addresses the mutually constitutive dynamics between space and collective agency. More precisely, his enquiries look into the way in which urban space, through its degree of urbanity, enacts emotionally certain forms of collective agency (social movements) and how in turn these agencies modify and produce new space.

The ubiquitous upsurge of urban protests around the world seem to confirm the equally growing production of literature that deals with the city as a scene of conflict and a device for the production of segregation with the implication of biopolitical control. However, the city is also the scenery that gives birth to many new social movements that seek to respond to this situation by producing new spaces and forms of sociality that are fundamentally distanced from those of institutional city production.

Beyond their consideration as a new urban question or as the result of collective effervescence, Dario's research into these novel forms of social contention seeks to overcome deterministic approaches to the phenomenon of collective agency and spatial framing. It does so through a combination of analysis of spatial practices, perception of spatial affordances and spatial cognitive appraisal through emotional elicitation.
In line with the promising yet largely unexplored Extended Mind thesis, this research explores the phenomena of extended affectivity as a form of distributed cognition of the city.

G. de Aguilera; I. Dario; D. Negueruela Del Castillo; L. Jalón Oyarzun : Analysis and visualization of the spatial dimension of the social production systems within the frame of the Europe-Arab World relationships in the Euro-mediterranean area; XCHANGE AND COORDINATION OF POSTGRADUATE EDUCATION AND RESEARCH ON CULTURAL LANDSCAPE AND HERITAGE; Madrid: Mairea Libros, 2012.

D. Negueruela Del Castillo : The city, European Identity and the process of urban malaise. The cognition of the urban system. The case of Madrid.. 2012. Public Space and Contemporary City, The sixth edition of the European Symposium on Research in Architecture and Urban Design, Porto, Portugal, September 12-15, 2012.