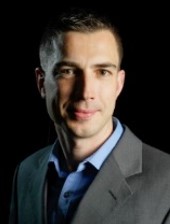 
Prof. Dr. Niels Quack received his MS from Ecole Polytechnique Fédérale de Lausanne (EPFL), Switzerland, and his PhD from Eidgenössische Technische Hochschule Zürich (ETH), 2005 and 2009, respectively. From 2011 to 2015 he was Postdoctoral researcher and Visiting Scholar at University of California, Berkeley, within the Integrated Photonics Laboratory at the Berkeley Sensor and Actuator Center. From 2014 to 2015 he was Senior MEMS Engineer at sercalo Microtechnolgy. Research interests include MEMS, Optical MEMS, Tunable Optical Microsystems, Optomechanical Oscillators, Silicon Photonics, Heterogeneous Integration, LIDAR, diamond photonics. He has authored and co-authored more than 30 papers in leading technical journals and conferences. He was awarded for his best class result and one of the most excellent Master's Theses 2005 at EPFL. He is a Senior Member of IEEE.

Dielectric Actuation Techniques at the Nanoscale: Piezoelectricity and Flexoelectricity

ADVANCES IN PHOTONICS OF QUANTUM COMPUTING, MEMORY, AND COMMUNICATION XI. 2018.

A Platform for On-Chip Silica Optomechanical Oscillators with Integrated Waveguides

Journal of Optics A: Pure and Applied Optics. 2008.

Vertically moving micromirror for detectors in the mid infrared

Sensors and Actuators A: Physical. 2008.

MEMS Mirrors for the use in Resonant Cavity Enhanced Detectors

Proceedings of the 2004 Annual Meeting of the Swiss Society of Biomedical Engineering (SSBE'04), Zürich, Switzerland, September 2-3, 2004.

In depth analysis of the operation principles and technology of advanced micro- and nanosystems. Familiarisation to their implementation into products and their applications.