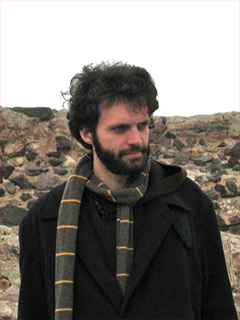 
Authorized to the architectural profession, regularly registered since January 2011 at the Order of Architects, Planners, Landscapers of the Province of Trento, Italy.


Title: New alpine ecologies
Industrialization and construction of the city-territory.

Abstract:
This research study offers a reflection on the Alpine urban condition through the observation of the spaces of production. Departing from the premise that the tourist economy cannot be the only possible horizon for Alpine development, this thesis reflects on the role and the potentialities of the spaces of production in the construction process of the Alpine city-territory. The economic-ecological transition underway offers the chance to redefine the productive and settlement geography of the Alpine territories, by examining anew their centrality in the European context. The main objective of this research is to investigate the relation between the economy and the construction of the territory. In this prospect, the spaces of production and their related infrastructure are used as a lens through which the question of settlement development can be read and conceptualised.


From 2018, Post-Doc researcher, Member of the executive committee of the HRC Habitat Research Center at EPFL. Team coordinator for the Greater Geneva project.

From 2013, Member of the LAB-U Laboratory of Urbanism led by Prof. Paola Viganò. Scientific assistant at EPFL of Lausanne, in the Design studio ALPS: prototypes for the Alpine City-territory.

R. Sega : Towards a Productive Mesh of the European City-Territory; The horizontal metropolis between urbanism and urbanization; Springer, 2018.

R. Sega : The industrialization and the construction of the Alpine city-territory ; U&U - 9th edition of the PhD Seminar in Urbanism & Urbanization, Genth, Belgium, 7-9 Février 2018.

The doctoral thesis investigates the phenomena of construction of the European city-territory and proposes spatial hypotheses for this project. The research question specifically concerns the relationship between the presence of productive systems and the conditions of diffused urbanity, in order to describe
and represent particular spatial models of development.

The study area is the Alpine Macro-region, now considered marginal compared with the hegemony of the metropolitan areas toward which the main investments are directed. The research considers the Alps as prototype area for a new urbanity: the different alpine territories have to deal with similar critical economic and socio-environmental challenges, but at the same time they depend on national policies and different models of development. In this sense the Alpine area is a set of neighbouring urban laboratories where the challenges for a different idea of growth, attractiveness and development of the European territory are emphasized.

The course aims to provide students with the tools necessary to read and understand the contemporary city and territory.