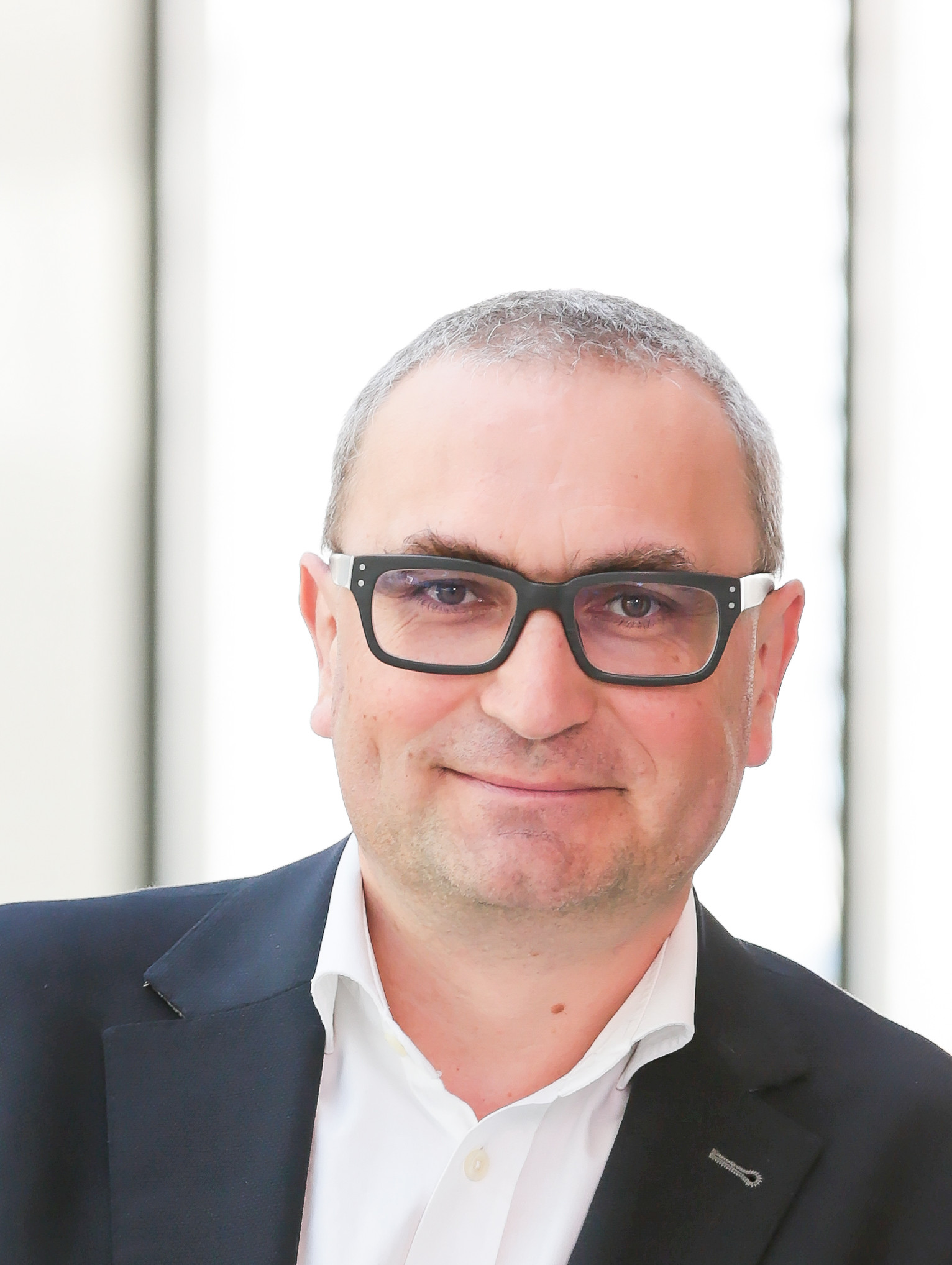 
Toralf Scharf received a MS degree from the University of Duisburg on surface physics in 1993 and a PhD in physical chemistry from the University of Halle, Germany when he work at the Max Plack Research group "Liquid crystalline systems" with A. Saupe. Since 1997 he has been a senior scientist at the Institute of Microtechnology in Neuchâtel. His scientific interests include electro-optic effects of micro-structured liquid crystals devices and combinations of micro - nanostructures in polymers to realize advanced optical systems. He has recently authored a book entitled Polarized light in Polymers and Liquid crystals published with Wiley.

He was nominated as InnoLecture Guest-Docent at the Ernst Abbe School of Photonics in Jena for the academic year 2011/2012 by the Carl Zeiss Foundation.

Toralf Scharf has received the Credit Suisse Award for Best Teaching, which goes to the best EPFL teacher in 2016.


Toralf SCHARF is coordinator of the Europeen project NOLOSS.

The target of this project is to prepare and train future engineers for the design challenges and opportunities provided by modern optics technology. Such challenges include lossless photon management, modelling at the system, components and feature level, and the link between design and technology. Today all optical designs are often perceived following different approaches, namely geometrical optics, physical optics and nano-photonics. Traditionally these approaches are linked to the different lengths-scale that are important to the system.

Starting from the entire system that is macroscopic and uses geometrical optics, over the miniaturized unit that is based on micro-optics and needs physical optics design, down to the active nano-photonics entity that allows steering light truly at the nano-scale but which requires to be designed with rigorous methods that provide full wave solutions to the governing Maxwell’s equations.

A design for manufacture of next generation optical applications necessarily requires to bridge the gap between the different length scales and to consider the design at a holistic level. At the core are optical simulation models developed and used in the academic research and the one used for optical designs in industry.

Up to now, only the academic partners apply an integral approach to include micro- and nano-photonics in their simulations. Together with the industrial partners projects will be launched to promote the academic developments in optical design and simulation over different length scales towards the industry. The industry will use the know-how to consolidate their expertise, expand their businesses, and occupy new fields of activities. For each research subject, may it be nano-photonics, micro-optics or system engineering, a channel can be provided to access particular knowledge and/or stimulate collaborations.


Toralf SCHARF was coordinator of the Europeen project NANOGOLD.

The NANOGOLD project aimed at the fabrication and application of bulk electro-magnetic metamaterials. We will apply self-organization of organic-inorganic composite materials containing resonant entities. To tune and optimize electromagnetic properties, resonance and interference at different length scales will be implemented. In such a way we will obtain bulk optical metamaterials with unprecedented properties operating in spectral domains appropriate for photonics that can be used in applications. Proof of principle devices will be the outcome of the project.

T. Scharf : Optics and Technology of Liquid Crystals, Nanostructures, Microtechnology and Polarisation of Light ; Invited Seminar talk, University of Erlangen, Max-Planck-Institute for the Science of Light, May 4 2009.

Miniaturized Optical system engineering With the increasing amount of material which must be taught during a university degree course, the time for laboratory courses often becomes too short. Hence the newly implemented laboratory course contains different elements: Ex. cathedra and practical work. The basic idea is to discuss applications and to realize simple measurement setups in the classroom. Such a course concept is challenging and needs careful preparation. The advantage is that students have the possibility to see the theory applied to a practical application. The main objective is to familiarize the student with basic design and manufacturing problems in realizing miniaturized optical systems. A theoretical introduction is followed by experiments and analysis of the results in form of a report to be delivered by the students. A modular experimental system is used that contains basic optical components and serves as experimental kit. The design of the experiments to fit into a short time slot of only 3-5 h was most challenging. The outcome are students that gather practical experience on subjects in optical micro-engineering which would not be accessible elsewhere and difficult to teach without hands on. An important aspect is the link between measurements and its evaluation by suitable software. We used MATLAB as the standard software within the course and all results were analyzed with MATLAB scripts that were provided to the students. Beside the theoretical and practical part there was always an analysis part based on software use. Students were familiarized with basic features of the software and whenever possible methods to improve measurement quality by software treatment (averaging for example) were introduced to show the link between these two parts of an experiment. Didactical principle of the course Students have to be educated in theoretical and practical matters. Only one of them does not allow attacking complex problems in research, development, and management. After their study students should be able to design, construct and analyze technical problems at highest levels. Who never experienced the difficulty of setting up measurements will not be able to understand, plan and manage such complex tasks in future careers. The course was given to beginners in the field with a very inhomogeneous background. Two aspects had to be considered  strengthen their fundamental knowledge on system design and allow hands on to see and feel the optical effects and their specific sensibilities. The course was based on concrete actions (enactive) to be done by the students, a synthesis of their work by writing a report (considered as the iconic part) and inputs from the teacher to generalize the findings and link it to a possible complete abstract description (symbolic). Intensive tutoring allowed an intermodal transfer between these categories. Course content Theme Subject Objectives and keywords 1 Introduction, Imaging Collimation and focussing, Magnification Laser beam collimation, minimal focus, Basic imaging equation, focal length measurement, F# number 2 Detector noise Electronic noise Noise influence: gain and exposure, full field, edge 3 Sources Brightness Focalization of different sources, solid angle, spectral properties 4 Multimode fibres Fibre optics Skewed rays, NA measurement and coupling 5 Monomode fibres Fibre optics, Modes NA measurement, Visualization of modes, Compare the coupling for different sources 6 Pinhole camera Diffraction Resolution, MTF and contrast, intensity over the field 7 Spectrometer Spectral analysis Grating spectrometer setup (compact disk grating), calibration (colour edge filter), LED measurement 8 Interferometer Coherence Michelson interferometer alignment, fringe contrast and spectral width (coherence), phase shifting interferometry 9 Speckle sensor Spatial noise Speckles, autocorrelation, motion sensor, crosscorrelation 10 Micro-camera Aberrations Microlens imaging, field curvature, distortion and chromatic aberrations, aberration corrections 11 Diffractive optics and FFT (Digital holography) Diffraction and propagation Diffraction at different objects (pinhole, slit, square ), Grating diffraction, Simulation of diffraction patterns via FFT 12 Wavefront analysis Propagation Microlens imaging, Shack Hartman sensor, wavefront measurement