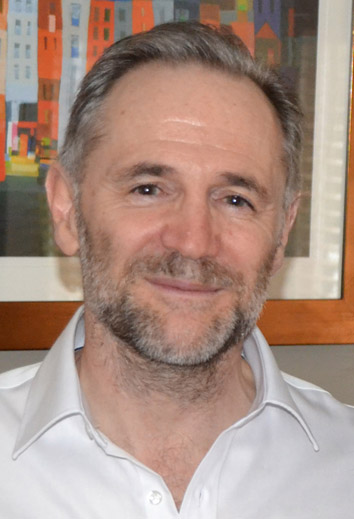 Mission - controlling the interaction of surfaces and interfaces ubiquitous in powder technology. From solid-liquid interfaces found during precipitation or powder suspensions to grain boundaries in sintered ceramics. The interfacial interactions are investigated at an atomistic level using classical energy minimisation and molecular dynamic simulations as well as thermodynamic speciation in solution. The interactions between particles in suspension is a strong theme  be it in de-agglomeration of nanosized powders, the dispersion of cementitious materials or self-assembly during precipitation. Using either inorganic or organic additives the interfacial properties and interactions between particles and development of microstructures can be modified and controlled. This knowledge and control of interfacial interactions has lead to controlled morphology and self-assembly of nanostructured calcite and oxalates; the more efficient dispersion of cement (new dispersants devloped in collaboration with industry); the production of transparent polycrystalline alumina; and novel nanoparticles and porous nanostructured particles for photocatalytic antibacterial applications. His interaction with industry has involved product analysis and development leading to commercially successful products such the transparent nanoceramic ink-jet paper Instant Dry (ILFORD SA)

Dr. P. Bowen after gaining his BSc in Physics at Imperial College (UK), he obtained his Ph.D. in Physical Chemistry in the field of catalysis from the University of Cambridge, UK, in 1982, He then worked at the BP Research Centre, Sunbury, UK, for 4 years in applied surface sciences before moving to Switzerland and EPFL in 1987. He has been at the Powder Technology Laboratory, in the Materials Institute since its conception in 1988. He has over 150 publications and has written an undergraduate book on ceramic synthesis and processing.