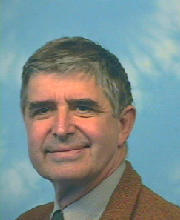 Professor Chuard graduated from the Swiss Federal Institute of Technology in Zurich (ETHZ) in 1968. From 1968 to 1970, he was an assistant to Professor L. Borelau in the Laboratory of Thermodynamics at the Swiss Federal Institute of Technology in Lausanne (EPFL). In 1971, he opened an office of consulting engineers specialized in the study of energy and heat transfer in buildings. He founded, in 1978, the Societé Sorane SA, specializing in energy in buildings and the simulation of energy-related building systems. Under the provisions of the International Energy Agency, Pierre Chuard participated, from 1980 to 1987, in the development of seasonal storage of solar heat. Within the task Management of Energy in Hospitals, his application was constructed from 1984 to 1989 and can be seen in practice at large scale in the program Energie 2000 of the Federal Office of Energy. From 1985 to 1993, he participated actively in the program of research Energy-Related Aspects of Air Flow in Buildings (ERL) and especially in the section Innovative Systems of Ventilation for Multi-Use Buildings. In 1990, Pierre Chuard was appointed course instructor at the EPFL at the Institute for Mechanical Systems for Buildings of the Department of Architecture. The information he provides in the domain of techniques and analysis of the rehabilitation of buildings has influenced students and their architectural concepts, as well as how the concepts may be mastered by showing the interactions between the building and its equipment.
close