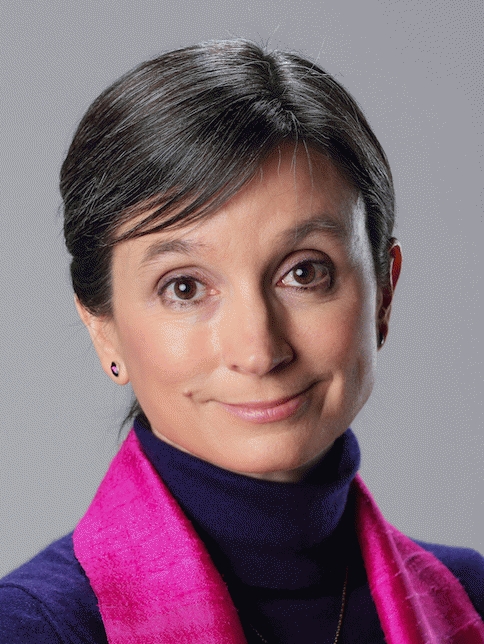 Kathryn Hess Bellwald received her PhD from MIT in 1989 and held positions at the universities of Stockholm, Nice, and Toronto before moving to the EPFL.

Her research focuses on algebraic topology and its applications, primarily in the life sciences, but also in materials science.  She has published extensively on topics in pure algebraic topology including homotopy theory, operad theory, and algebraic K-theory. On the applied side, she has elaborated methods based on topological data analysis for high-throughput screening of nanoporous crystalline materials, classification and synthesis of neuron morphologies, and classification of neuronal network dynamics.  She has also developed and applied innovative topological approaches to network theory, leading to a powerful, parameter-free mathematical framework relating the activity of a neural network to its underlying structure, both locally and globally.

Epigenetic plasticity as a signature for memory allocation

Collapse-invariant properties of spaces equipped with signals or directions

Neuromodulation of neocortical microcircuitry: a multi-scale framework to model the effects of cholinergic release

From Trees to Barcodes and Back Again: A Combinatorial, Probabilistic and Geometric Study of a Topological Inverse Problem

Homotopical relations between 2-dimensional categories and their infinity-analogues

From Trees to Barcodes and Back Again: Theoretical and Statistical Perspectives

A computational biophysical model of thalamic and reticular nucleus microcircuitry: from neurons to emergent network dynamics

Twisting structures and morphisms up to strong homotopy

The unfolding argument: Why IIT and other causal structure theories cannot explain consciousness

Extensive amenability and a Tits alternative for topological full groups

On approximation algorithms and polyhedral relaxations for knapsack problems, and clustered planarity testing

The Homotopy Theory Of Coalgebras Over Simplicial Comonads

On some problems related to 2-level polytopes

Development of topological tools for the analysis of biological data

Model-based reinforcement learning and navigation in animals and machines

On some algebraic and extremal problems in discrete geometry

Algebraic and topological methods in combinatorics

Towards an (∞,2)-category of homotopy coherent monads in an ∞-cosmos

Representing groups against all odds

A necessary and sufficient condition for induced model structures

Towards new invariants for principal bundles

Cocycle growth for the Steinberg representation

Waldhausen K-theory of spaces via comodules

The Hochschild complex of a twisting cochain

The homotopy theory of coalgebras over a comonad

Long knots and maps between operads

A homotopy-equivalence between Cacti and Configuration Spaces

A general framework for homotopic descent and codescent

The loop group and the cobar construction

After an introduction to category theory, we will apply the general theory to the particular cas of groups, which will allow us to see notions such as quotient groups and group actions from a new and useful perspective.

This course will provide an introduction to model category theory, which is an abstract framework for generalizing homotopy theory beyond topological spaces and continuous maps. We will study numerous examples of model categories and their applications in algebra and topology.

In this reading group, we will work together through recent important papers in applied topology. Participants will take turns presenting articles, then leading a discussion of the contents.

Reading group in applied topology I

The subject of this reading group is Ginerstra Bianconi's book "Higher-order networks - an introduction to simplicial complexes". Participants will take turns presenting chapters, then leading a discussion of the contents. In the last session, the author will give a guest lecture.

Working group in Topology I

The theme of the working group varies from year to year. Examples of recent topics studied include: Galois theory of ring spectra, duality in algebra and topology, and topological algebraic geometry.

The theme of the working group varies from year to year. Examples of recent topics studied include: Galois theory of ring spectra, duality in algebra and topology, topological algebraic geometry and twisted K-theory
close