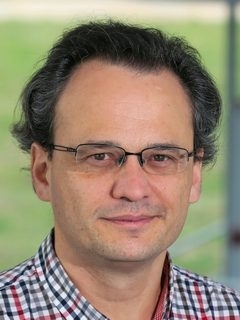 Dr. Yves Bellouard is Associate Professor in Microengineering at Ecole Polytechnique Fédérale de Lausanne (EPFL) in Switzerland, where he heads the Galatea lab and the Richemont Chair in micromanufacturing.

He received a BS in Theoretical Physics and a MS in Applied Physics from Université Pierre et Marie Curie in Paris, France in 1994-1995 and a PhD in Microengineering from Ecole Polytechnique Fédérale de Lausanne (EPFL) in Lausanne, Switzerland in 2000. Before joining EPFL in 2015, he was Associate Professor at Eindhoven University of Technologies (TU/e) in the Netherlands and prior to that, Research Scientist at Rensselaer Polytechnic Institute (RPI) in Troy, New York for about four years where he started working on femtosecond laser processing of glass materials.  From 2010 until 2013, Yves Bellouard initiated and coordinated the Femtoprint project, a European research initiative aiming at investigating a table-top printer for microsystems ('3D printing of microsystems'). In 2013, he received an ERC Starting Grant (Consolidator-2012) and in 2018, an ERC Proof-of-Concept from the European Research Council. In 2013, he received a JSPS Fellowship from the Japan Society for the Promotion of Science.

His current research interests are in advanced manufacturing in general and more specifically on laser-based methods to tailor material properties including laser-based self-organization processes.

Japan Society for the Promotion of Science

Design and Fabrication of a Prototype Actuator for Fourier Transform Interferometry

Lab on a chip technologies for algae detection: a review

Towards fast femtosecond laser micromachining of fused silica: The effect of deposited energy

Integrating optics and micro-mechanics in a single substrate: a step toward monolithic integration in fused silica

Contribution to the Micro- and Nanofactory Concepts

This course will cover all the aspects of product design and system engineering from learning relevant methods to the actual implementation in a hands-on practice of product development.
close