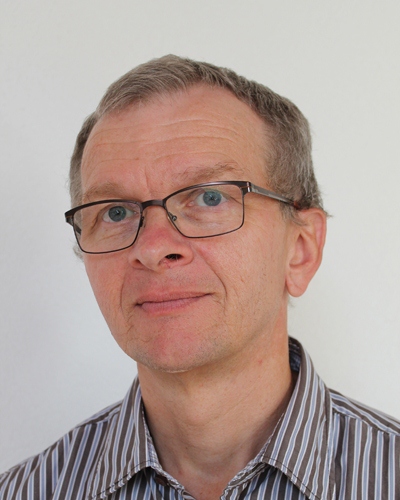 The Laboratory of Microsystems 2 of Prof. Martin Gijs was established in 1997 and has as mission the development of new microfabrication technologies and to exploit these for applications of industrial interest. We actively participate in national and international research programs. The research of LMIS2 is centered on four themes: - Novel microfabrication technologies - Magnetic applications - Microfluidics - Bio-Micro-Electro-Mechanical Systems (BioMEMS) Novel microfabrication technologies We have established a sol-gel process for the replication of three-dimensional and thin film glass nanostructures. Moreover, we have discovered a new sol-gel process to synthesize borosilicate nanoparticles. Magnetic applications We are working on miniaturised systems for the handling and magnetic transport of magnetic micro- and nanoparticles in microfluidic devices. Microfluidics Chemists and biologists have recognized the utility of microfabricated devices for transporting and manipulating liquids on a sub-?L scale. We are active in the realisation and use of glass and polymer microfluidic chips. BioMEMS We are developing microfluidic channel- and droplet-based microsystems for the handling of magnetic beads for biomedical and mixing applications. We demonstrated a variety of on-chip immuno- and cell-based- assays using magnetic beads in a microfluidic channel as substrate.

Martin A.M. Gijs received his degree in physics in 1981 from the Katholieke Universiteit Leuven, Belgium and his Ph.D. degree in physics at the same university in 1986. He joined the Philips Research Laboratories in Eindhoven, The Netherlands, in 1987. Subsequently, he has worked there on micro-and nano-fabrication processes of high critical temperature superconducting Josephson and tunnel junctions, the microfabrication of microstructures in magnetic multilayers showing the giant magnetoresistance effect, the design and realisation of miniaturised motors for hard disk applications and the design and realisation of planar transformers for miniaturised power applications. He joined EPFL in 1997. His present interests are in developing technologies for novel magnetic devices, new microfabrication technologies for microsystems fabrication in general and the development and use of microsystems technologies for microfluidic and biomedical applications in particular.

The enhancement of DNA fragmentation in a bench top ultrasonic water bath with needle-induced air bubbles: Simulation and experimental investigation

Overview of the MOSAiC expedition: Snow and sea ice

Overview of the MOSAiC expedition—Atmosphere

Progress on the Upgrade of EDIPO, a 15 T Large Aperture Dipole

An In Vivo Microfluidic Study of Bacterial Load Dynamics and Absorption in the C. elegans Intestine

At the end of scaling: 2D materials for computing and sensing applications

The Detection of Early Epigenetic Inheritance of Mitochondrial Stress in C. Elegans with a Microfluidic Phenotyping Platform

A power-balance model of the density limit in fusion plasmas: application to the L-mode tokamak

The 16 T Dipole Development Program for FCC and HE-LHC

High-content, cell-by-cell assessment of HER2 overexpression and amplification: a tool for intratumoral heterogeneity detection in breast cancer

Automated High-Content Phenotyping Of The Nematode C. Elegans At Single Animal Resolution With A Microfluidic Platform

Integration of microfluidics and multimodal optics for translational bioanalytics

Microfluidic and micromechanical in vivo studies of Caenorhabditis elegans

Identification of BeO and BeOxDy in melted zones of the JET Be limiter tiles: Raman study using comparison with laboratory samples

Dust generation in tokamaks: Overview of beryllium and tungsten dust characterisation in JET with the ITER-like wall

Instrumentation for the upgrade to the JET core charge-exchange spectrometers

Synthetic spectra of BeH, BeD and BeT for emission modeling in JET plasmas

The student will learn process techniques and applications of modern micro- and nanofabrication technologies, as practiced in a standard clean room, with focus on silicon mainstream and microsystems technologies.

The goal of this course is to introduce students to the practical aspects of some basic micro-fabrication techniques.

Materials and technology of microfabrication

The student will learn procedures and applications of modern microfabrication technologies, as practiced in a clean room environment, in particular modern techniques that go beyond the classical steps of deposition, lithography and etching, with a focus on materials and multidisciplinarity.

Micro- and nanofabrication can be taught to students and professionals by textbooks and ex-cathedra lectures, but the real learning comes from seeing the manufacturing steps as they happen. This MOOC will not only explain the basics of microfabrication but also show the practice through videos.