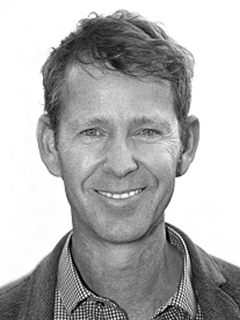 Kay Severin was born in Germany in 1967. He obtained his Ph.D. in 1995 with a thesis in the group of Prof. W. Beck, University of Munich. Subsequently, he joined the group of Prof. M. R. Ghadiri as a postdoctoral fellow. In 1997, he started independent research projects ("Habilitation") at the Department of Chemistry, University of Munich. In 2001, he became assistant professor at the Institute of Chemical Sciences and Engineering at the Swiss Federal Institute of Technology, Lausanne (EPFL). Since 2009, he is full professor at the same institute. Awards: Bayerischer Habilitations Förderpreis (1997), ADUC award of the year (2001), Heinz Maier-Leibnitz award of the DFG (2001), award of the Karl-Ziegler foundation (2001), Arnold Sommerfeld award of the Bavarian Academy of Science (2001), Werner Prize of The Swiss Chemical Society (2003), Otto Roelen Medal of the DECHEMA (2005), award for chemistry of the Academy of Sciences, Göttingen (2007), Dalton Transactions European Lectureship (2008).

Multicomponent Assembly of Boronic Acid Based Macrocycles and Cages

Multicomponent Assembly of Boronic Acid Based Macrocycles and Cages

Chemistry of elements s and p

Introduction to the chemistry of the s & p elements of the periodic table.

The course provides an introduction to supramolecular chemistry. In addition, current trends are discussed using recent publications in this area.

To present and discuss important recent contributions in the field of inorganic chemistry incorporating techniques and methods. Student literature seminars based on selected publications,emanating from the last 12 months. Seminar preceded by introduction to the topic followed by group discussion.