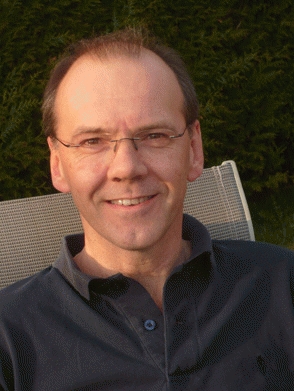 Freddy Radtke obtained his Ph.D. in Molecular Biology from the University of Zürich in 1994. In 1995, he started his postdoctoral research in the laboratory of Michel Aguet at Genentech, Inc. (San Francisco, USA). In 1997, he returned to Switzerland with Michel Aguet and finished his postdoctoral fellowship at the Swiss Institute for Experimental Cancer Research (ISREC) in Lausanne. From 1999‑2005, he was a group leader and Associate Member at the Ludwig Institute for Cancer Research. Freddy Radtke then joined ISREC in January 2006 as a senior scientist and in July 2006, he was appointed Associate Professor at the EPFL School of Life Sciences

This course introduces the fundamentals of stem cell biology, with a particular focus on the role of stem cells during development, tissue homeostasis/regeneration and disease, and the generation of organoids from stem cells

The theme of the course is the role of inflammation in cancer. It focuses on the regulation and multifaceted functions of tumor-associated inflammatory cells, and how they promote or oppose cancer.

Self renewing organs. Flow Cytometry as tools for the analysis of the hematopoietic system.

The purpose of the course is to provide a general overview of the biology of cells and organisms. We will discuss this in the context of cell and organ life, focusing on the regulatory principles you will encounter in your biology studies.
close