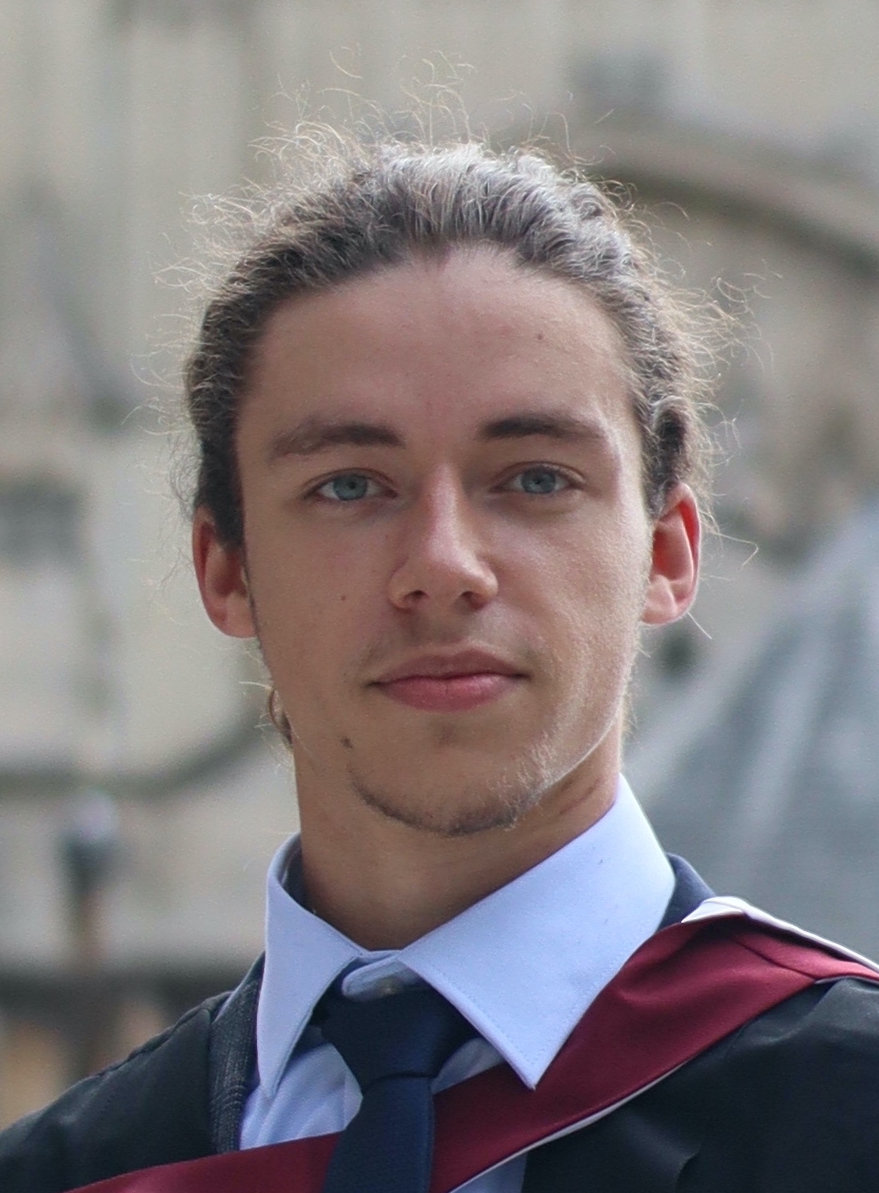 Joe started his undergraduate MSci master's degree in Chemistry at the University of Bristol in 2016. For his third year, he studied abroad at the University of Washington, Seattle, and conducted undergraduate research in Xiaosong Li's group. Here he focused on the use of electronic structure theory methods to probe the electronic structures and spectroscopic signatures of computationally-designed noble gas-doped nanodiamonds. Upon his return to the UK, Joe took up a summer research position at the STFC neutron and muon particle accelerator facilities south of Oxford, UK. There he was involved in the development of a scientific software package that analysed experimental quasi-elastic neutron scattering data produced on-site. Returning to the University of Bristol in October 2019, for the fourth year of his MSci degree, Joe joined the group of Fred Manby. He wrote his master's thesis on the computational modelling of the quantum dynamics of photosynthetic excitonic energy transfer and produced some supporting open-source software.

After graduating from the University of Bristol in 2020, Joe joined the Quantum Mechanics group of BIOVIA, Dassault Systemes in Cambridge. Here he undertook a year-long industrial placement, working on algorithm development for modelling atomistic chemical reactions and incorporating this into a multiscale simulation method for modelling the growth of the solid electrolyte interphase in lithium-ion batteries.