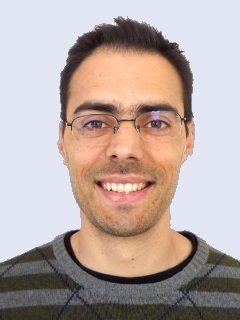 João Penedones studied physics at the University of Porto where he obtained his degree in 2002. He then got the Certificate of Advanced Studies in Mathematics from the University of Cambridge in 2003. In 2007 he got the PhD from Universidade do Porto and École Normale Supérieure, Paris for his thesis "High Energy Scattering in the AdS/CFT Correspondence". He then worked successively as a PostDoc until 2011 at the Kavli Institute for Theoretical Physics, University of California, Santa Barbara, and at the Perimeter Institute for Theoretical Physics, Waterloo, Canada. From 2011 to 2016 he was Research Fellow at the Universidade do Porto, Portugal. In February 2016, he was appointed Professor in Physics at EPFL. Currently, he leads the "Fields and Strings Laboratory".

Introduction to the path integral formulation of quantum mechanics. Derivation of the perturbation expansion of Green's functions in terms of Feynman diagrams. Several applications will be presented, including non-perturbative effects, such as tunneling and instantons.