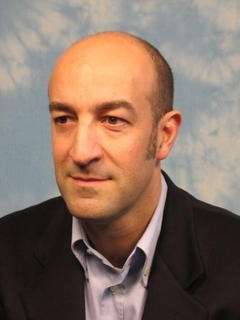 What is the dynamics underlying electroweak symmetry breaking? Does it entail new symmetry principles, such as supersymmetry or conformal invariance? Is there a common principle underlying all fundamental interactions and why is gravity much weaker than all other forces? How can one find a clue to those question in the forthcoming data from the Large Hadron Collider? These are the basic questions driving the research of Riccardo Rattazzi.