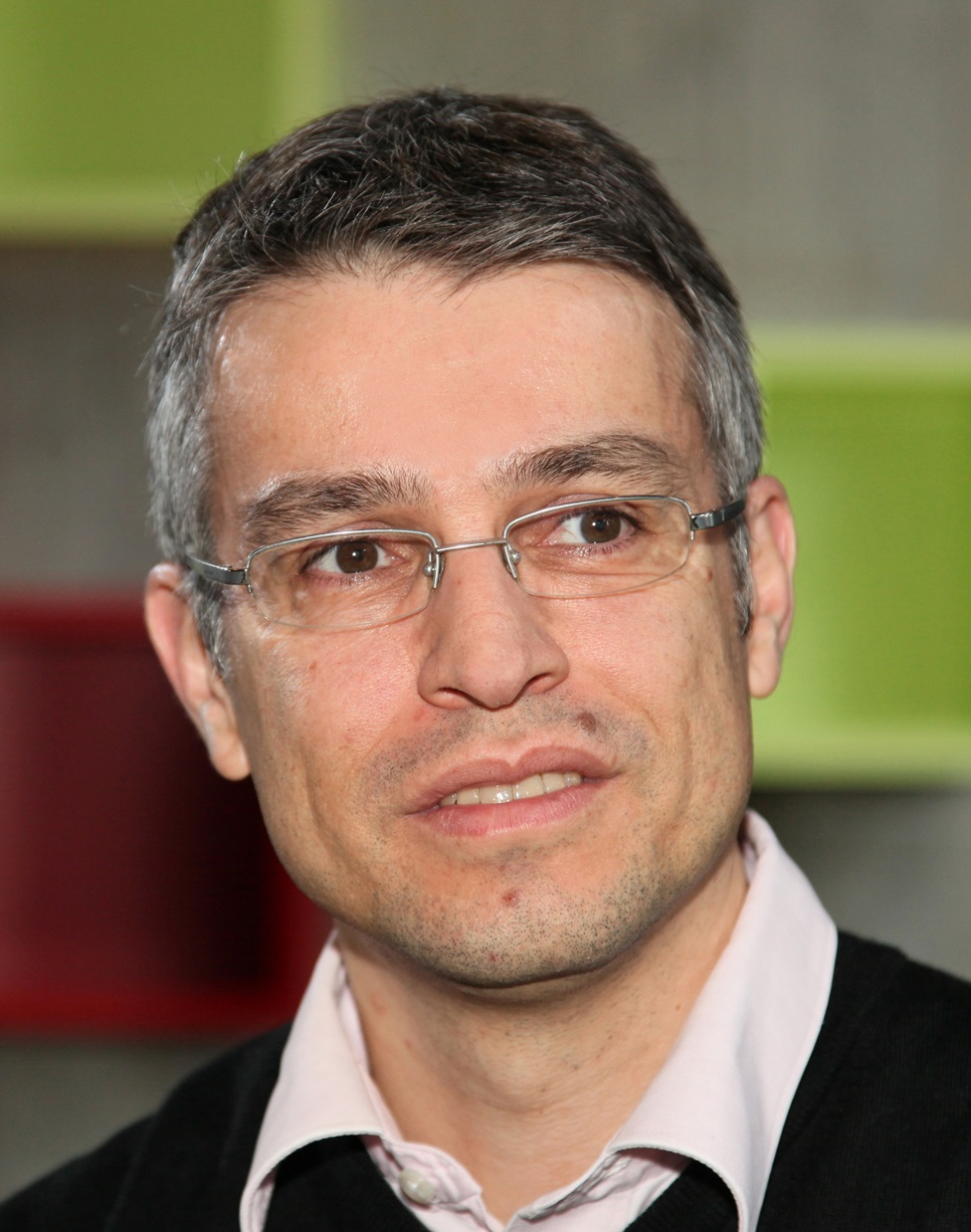 Alcherio Martinolis research mission focuses on the development of (automatic) design, modeling, control, and optimization methodologies for self-organized, collectively intelligent, distributed systems. A special emphasis is currently set on real-time, embedded systems such as mobile robots, sensor and actuators networks, intelligent vehicles, and micro- and nano-systems. Alcherios further interests lie in the understanding and control of natural, collective systems and mixed societies consisting of natural and artificial components. His research policy relies on a continuous loop between theory and real-world experiments using modeling and computational techniques.

Alcherio Martinoli has a Diploma in Electrical Engineering from the Swiss Federal Institute of Technology in Zurich (ETHZ), and a Ph.D. in Computer Science from the Swiss Federal Institute of Technology in Lausanne (EPFL). He is the head of the Swarm-Intelligent Systems Group (SWIS, see http://swis.epfl.ch) and before joining EPFL he carried out research activities at the Institute of Biomedical Engineering of the ETHZ (one year), at the Institute of Industrial Automation of the Spanish Research Council in Madrid, Spain (one year), and at the California Institute of Technology, Pasadena, U.S.A. (4 years), where he is maintaining a part-time Visiting Associate position in Mechanical Engineering. His research interests focus on techniques to design, control, model, and optimize distributed, real-time, embedded systems, including swarms of robots, sensor and actuator networks, intelligent vehicles, and micro- and nano-systems. He is currently associate editor for the new journal on Swarm Intelligence published by Springer Verlag and reviewer for fifteen major international journals and fifteen international conferences in his area of expertise. He has been general co-chair for IEEE SIS 2005, program co-chair for ANTS 2006, steering committee member for ROBOCOMM 2007, and associate editor for IEEE ICRA 2007 and 2008. He received from the EPFL General Student Association the 2006 Best Teacher Award for Computer and Communication Sciences and the Best Paper Award at DARS 2006.