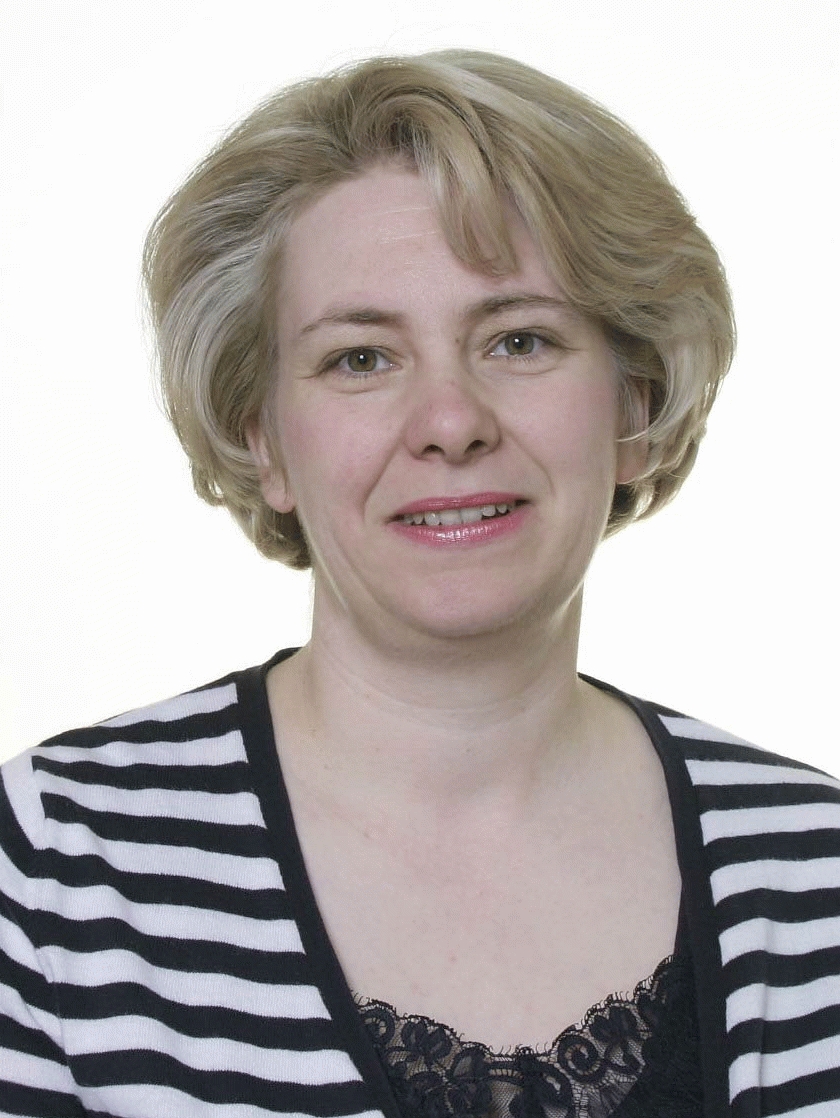 Web of Science Researcher ID F-4905-2011 Google Scholar page: https://scholar.google.ch/citations?user=O_HhJUEAAAAJ&hl=fr&oi=ao ORCID number is 0000-0001-9222-3866 Anne-Sophie Chauvin studied chemistry and biology at the university Paris V-René Descartes in France where she did a PhD in organic chemistry, working on mimetic complexes of the active site of Nitrile Hydratase, under the supervision of Prof. Jean-Claude Chottard. On 1999 she moved for 20 months to the University of Geneva, for a post-doctoral stay under the supervision of Prof. Alexandre Alexakis, where she focused on the determination of the absolute configuration of chiral alcohols using Organophosphorous Diamine Derivatizing Agents by 31P and 1H NMR Spectroscopy. On 2000 she joined the group of Prof Jean-Claude G. Bünzli and was appointed part-time lecturer in 2001, assuming teaching and research responsibilities. On 2006, she obtained the habilitation to direct research from the University René Descartes (HDR, Paris V, France) and since october 2007 she is Maître d'Enseignement et de Recherche at the EPFL. In 2010, she joigned the Laboratory for Photonics and Interfaces (LPI), headed by Pr. Michaël Graëtzel. Since the end of 2014, with the arrival of Dr Marinella Mazzanti at EPFL, she is back to lanthanide chemistry, dealing with coordination polymers. Her research interests concern supramolecular chemistry with the design of ligands which form water soluble complexes with luminescent lanthanides in view of biological applications. She is also interested in the synthesis of ligands and polymers for the extraction of lanthanide ions with high selectivity, and in the development of invisibke inks. She also developed organic dyes for dyes sensitized solar cells DSSC. She is now focusing on coordination polymers with luminescent properties and catalytic activity. Anne-Sophie Chauvin is involved in the teaching of General and Analytical Chemistry for students enrolled on first year in Pharmacy and Biology (UNIL): ex-cathedra courses (Chimie Générale et analytique I et II, approfondissement en chimie analytique pour pharmaciens) and exercices. She is in charge of practical sessions for students enroled in chemistry, forensic sciences, pharmacy and biology. She is elected at the FSB Faculty Council and was member of the EPFL Assembly (AE) for 6 years, until 2018. She was member of the Management committee of the Cost CM 1006 action entitled Eufen: European F-Element Network. She is Member of the Swiss Chemical Society (SCS) and Fellow of the Royal Society of Chemistry (FRSC).

Modelling the Intracellular Environment under Uncertainty, from Post-translational Modification to Metabolic Networks

Advances in heterogeneous catalysis for the synthesis of polyoxymethylene dimethyl ethers

Towards comprehensive and consistent kinetic models of metabolism under uncertainty

Synthesis and Characterization of a Water Stable Uranyl(V) Complex

Vibrationally and Rotationally Inelastic Scattering of Methane from Ni(111)

Energy transfer in coumarin-sensitised lanthanide luminescence: investigation of the nature of the sensitiser and its distance to the lanthanide ion

Lanthanide luminescence efficiency in eight- and nine-coordinate complexes: Role of the radiative lifetime

Synthesis of octa(1,1,3,3-tetramethylbutyl)octakis (dimethylphosphinoylmethyleneoxy)calix[8]arene and its application in the synergistic solvent extraction and separation of lanthanoids

Lanthanide Bimetallic Helicates for in Vitro Imaging and Sensing

Studies towards a new total synthesis of aaptamine

Fluorinated β-Diketones for the Extraction of Lanthanide Ions: Photophysical Properties and Hydration Numbers of Their EuIII Complexes

General chemistry for students enrolled in a life sciences curriculum

The student will learn how to work in a chemistry laboratory. He/she will acquire a quantitative and/or qualitative approach. TP carried out are in relation to the courses of chemistry and will be followed by a second part "TP2".

This course provides a basic foundation in organic chemistry and polymer chemistry, including chemical nomenclature of organic compounds and polymers, an understanding of chemical structures, chemical reaction mechanisms, as well as methods of organic and polymer synthesis.

General and analytical chemistry I (for BIU PHU)

To acquire the basic concepts to understand the impact of chemistry for a biologist or a pharmacist, in particular with regard to the comprehension of the essential phenomena of the Life (breathing, cellular activities)

This formation is in continuation to the course "General Chemistry I". It aims to give to the biologists and pharmacists a broad knowledge on chemistry and at applying the basic concepts previously acquired.

Chemistry analytic laboratory I (for BIO)

Chemistry analytic laboratory I (for PHA)

The objective of these labs is to familiarize the student with the techniques of basic manipulations and with the classical and instrumental methods of analysis. The laboratory work is also an illustration of the concepts of chemistry described in the courses during fall semester