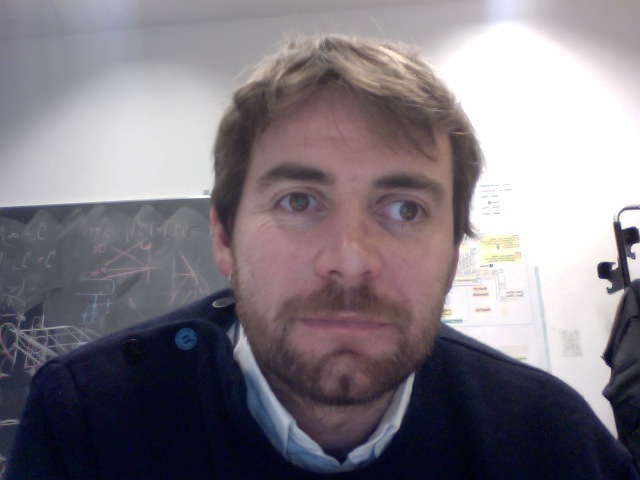 
In a fusion machine, understanding plasma turbulence, which causes a degradation of the measured energy confinement time, would constitute a major progress in this field. In tokamaks, the measured ion and electron thermal conductivities are of comparable magnitude. The possible sources of turbulence are the temperature and density gradients occurring in a fusion plasma. Whereas the heat losses in the ion channel are reasonably well understood, the origin of the electron losses is more uncertain. In addition to the the radial velocity associated to the fluctuations of the electric field, electrons are more affected than ions by the magnetic field fluctuations. In experiments, the confinement time can be conveniently expressed in terms of dimensionless parameters. Although still somewhat too imprecise, these scaling laws exhibit strong dependencies on the normalized pressure, β or the normalized Larmor radius, ρ*.

The present thesis assesses whether a tridimensional, electromagnetic, nonlinear fluid model of plasma turbulence driven by a specific instability can reproduce the dependence of the experimental electron heat losses on the dimensionless parameters β and ρ*. The investigated interchange instability is the Electron Temperature Gradient driven one (ETG). The model is built by using the set of Braginskii equations. The developed simulation code is global in the sense that a fixed heat flux is imposed at the inner boundary, leaving the gradients free to evolve.

From the nonlinear simulations, we have put in light three characteristics for the ETG turbulence: the turbulent transport is essentially electrostatic; the potential and pressure fluctuations form radially elongated cells called streamers; the transport level is very low compared to the experimental values.

The thermal transport dependence study has shown a very small role of the normalized pressure, which is in contradiction with the Ohkawa's formula. On the other hand, the crucial role of the electron normalized Larmor has been emphasized: the confinement time is inverse proportional to this parameter. Finally, the low dependence of turbulent transport with the magnetic shear and the inverse aspect ratio is also reported.

Although the transport level observed in the simulations is low compared to the experiments, we have tried a direct confrontation with Tore Supra results. This tokamak is well designed to study the electron heat transport. Keeping most of the parameters from a well referenced Tore Supra shot, the nonlinear simulation gives a threshold quite close to the experimental one. The observed turbulent conductivity is a factor fifty lower than the experimental one. An important parameter can not be matched: the normalized Larmor radius, ρ*.

This limitation has to be overcome in order to confirm this results. Finally, a rigorous confrontation between this result and gyrokinetic simulations has to conclude that the ETG instability cannot describe electron heat losses in tokamaks.

* Detachment in conventional and advanced double-null plasmas in TCV

* Status, scientific results and technical improvements of the NBH on TCV tokamak

* Langmuir probe electronics upgrade on the tokamak a configuration variable

* Physics research on the TCV tokamak facility: from conventional to alternative scenarios and beyond

* Progress toward divertor detachment on TCV within H-mode operating parameters

* Disruption avoidance through the prevention of NTM destabilization in TCV

* Detachment evolution on the TCV tokamak

* TCV experiments towards the development of a plasma exhaust solution

* Threshold power for the transition into H-mode for H, D, and He plasmas in TCV

* Dynamics of plasma blobs in a shear flow

* Antenna excitation of drift wave in a toroidal plasma

* Electrostatic turbulence and transport in a simple magnetized plasma

* Fast ion source and detector for investigating the interaction of turbulence with suprathermal ions in a low temperature toroidal plasma - art. no. 10F503

* Experimental characterization of drift-interchange instabilities in a simple toroidal plasma

Plasma Diagnostics in Basic Plasma Physics Devices and Tokamaks: from Principles to Practice

The programme will allow students to learn plasma diagnostics and data processing methods of modern fusion experiments and to bridge the gap between diagnostics theory and experimental practice.
close