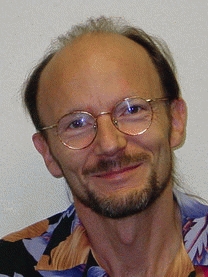 Citizenship : US and Swiss dual citizen

Bernard M.E. Moret was born in Vevey, Switzerland, received baccalauréats in Latin-Greek and Latin-Mathematics, then did a Diploma in Electrical Engineering at EPFL. After working for 2 years for Omega and Swiss Timing on the development of real-time OS for sports applications, he left for the US. He received his PhD in Electrical Engineering from the U. of Tennessee in 1980 and joined the Department of Computer Science at the University of New Mexico (UNM) that fall. He served as Chairman of the department from 1991 till 1993 and eventually retired in summer 2006 to join the School of Computer and Communication Sciences at EPFL. (You can read about his work at UNM on his (archived) personal and laboratory web pages at UNM.) He was appointed group leader for phylogenetics at the Swiss Institute for Bioinformatics (SIB). From 2009 until his retirement, he was also in charge of the BS and MS programs in Computer Science and Associate Dean for Education.
He founded the ACM Journal of Experimental Algorithmics (JEA) and served as its Editor-in-Chief for 7 years; he also helped found the IEEE/ACM Transactions on Computational Biology and Bioinformatics (TCBB), where he served as Associate Editor until 2008. He founded the annual Workshop on Algorithms in Bioinformatics (WABI) and chairs its steering committee, and he serves on the steering committee of the Workshop on Algorithm Engineering and Experiments (ALENEX). Until summer 2008, he chaired the Biodata Management and Analysis (BDMA) study section of the US National Institutes of Health (NIH); now he is a charter member of the NIH College of Reviewers. He led a team of over 50 biologists, computer scientists, and mathematicians in the CIPRES (Cyber Infrastructure for Phylogenetic Research) project, funded by the US National Science Foundation (NSF) for US$ 12 million over 5 years. He has published nearly 150 papers in computational biology, under funding from the US NSF, the Alfred P. Sloan foundation, the IBM Corporation, the US NIH, the Swiss NSF, and SystemsX.ch. He is a Fellow of the ISCB (International Society for Computational Biology). His Erdös number is 2 and (as of 2020) his h-index is 48.

For a list of Prof. Moret's publications, see his Google Scholar Citations.
For publications authored by members and affiliates of the LCBB while working in the LCBB, see the LCBB Publications.

Past MS and Summer@EPFL students

See the LCBB's webpage under people and scroll down.

We have taught mainly computational biology and the first graduate course in algorithms. Material for these courses (cursus, reference materials, course notes, homeworks and tests with solution sheets) is available under the LCBB web page, using URLs formed as
http://lcbb.epfl.ch/algsxx/ for the advanced algorithms course, and
http://lcbb.epfl.ch/compbioxx/ for the computational molecular biology course,
where xx is a year (09, 10, 11, 12, 13, 14, and 16 for algs, and 07, 08, 09, 11, 12, 14, and 16 for compbio).

Our lab's main research interests are algorithm design and high-performance algorithm engineering, particularly as they apply to computational molecular biology and bioinformatics. Current projects include: