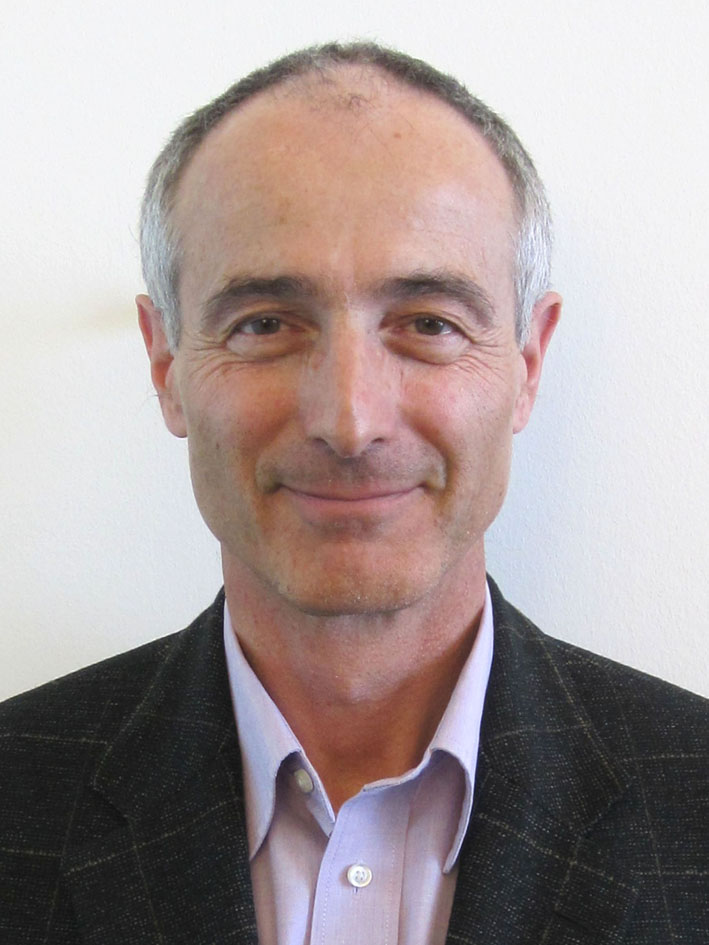 Communication theory and applications, with emphasis on wireless and biological systems

Bixio Rimoldi received the Dipl. El.-Ing degree as well as the Dr. ès Sciences degree from the ETHZ, Switzerland. Since 1997, he holds a full professor position at the School of Computer and Communication Sciences at EPFL and he is the director of EPFL's Mobile Communications Laboratory (LCM). Prior to joining EPFL, he was in the faculty of the Electrical Engineering department of Washington University.

His interests are in various aspects of digital communications, information theory, and software-defined radio.

Current work aims at: Improving our understanding of the role played by feedback in communications; understanding whether or not neural communication is taking advantage of the possibility of achieving optimal cost-distortion tradeoffs via "uncoded" source-channel matching; understand how to apply the lessons of microeconomics to guide the behavior of users when they have control over some of the available resources (e.g. power, bandwidth, rate) and are willing to trade; developing an input device (like a keyboard) that can be operated with a single hand while walking; developing a software radio testbed for research and teaching.

To code or not to code: lossy source-channel communication revisited

Successive Refinement of Information: Characterization of the Achievable Rates

A decomposition approach to CPM