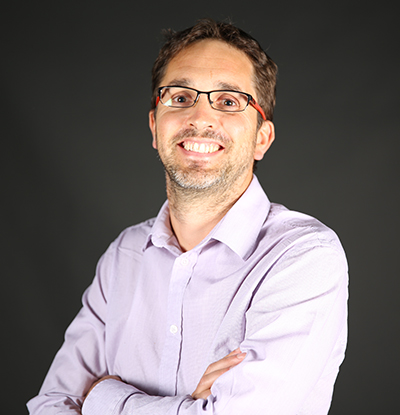 I am currently an assistant Professor and the head of the Geo-Energy Lab - Gaznat Chair on GeoEnergy at Ecole Polytechnique Fédérale de Lausanne (EPFL), Switzerland. Prior to joining EPFL, I have worked for Schlumberger in research and development from 2006 until May 2015 - serving in a variety of roles ranging from project manager to principal scientist in both Europe and the United States. I received my PhD in mechanics from Ecole Polytechnique, France in 2002 and worked as a research scientist in the hydraulic fracturing research group of CSIRO division of Petroleum resources (Melbourne, Australia) from 2003 to 2006.

During my time in Schlumberger R&D, I have worked on problems related to the integrity of deep wells, large scale monitoring of reservoir deformation and more specifically on the stimulation of oil and gas wells by hydraulic fracturing.

B. Lecampion; H. Zia : Modeling the growth of planar 3D hydraulic fractures in the presence of in-situ stress contrast.

F.-E. Moukhtari; B. Lecampion : Tip asymptotic of a hydraulic fracture driven by a power law fluid accounting for the presence of a fluid lag ; 6th International Conference on Coupled THMC Processes in Geosystems, Paris, France, July 5-7, 2017.

B. Lecampion; J. Desroches : Simultaneous initiation and growth of multiple radial hydraulic fractures from a horizontal wellbore; Journal of the Mechanics and Physics of Solids. 2015. DOI : 10.1016/j.jmps.2015.05.010.

B. Lecampion : Well Integrity and CO2 injection: Interface debonding in a cased and cemented wellbore as a potential risk. 2015. Symposium on Energy Geotechnics, Barcelona, Spain, June 2--4, 2015.

B. Lecampion; A. Savitski : Introduction to Hydraulic Fracturing Practices in the Oil and Gas Industry ; Institute for Mathematics and its Application - Hot-Topic Workshop:Hydraulic Fracturing: From Modeling and Simulation to Reconstruction and Characterization, May 16, 2015.

B. Lecampion : 1DPlanarHF - Simulation of the initiation and propagation of a single plane-strain or radial hydraulic fracture: algorithm description. 2014.

S. Abbas; B. Lecampion : Initiation and Breakdown of an Axisymmetric Hydraulic Fracture Transverse to a Horizontal Wellbore. 2013. The International Conference for Effective and Sustainable Hydraulic Fracturing, Brisbane, Australia, May 20--22, 2013.

B. Lecampion : Size Effects associated with Tensile Fracture Initiation from a Wellbore: Comparison between Brittle Criteria and Cohesive Zone Models. 2012.

B. Lecampion : Stress-induced crystal preferred orientation in the poromechanics of in-pore crystallization; Journal of the Mechanics and Physics of Solids. 2010. DOI : 10.1016/j.jmps.2010.07.001.

D. Quesada; B. Lecampion : Defect prediction in a cased and cemented wellbore. 2010.

B. Lecampion : Hydration of a Cement Annulus under Downhole Conditions. 2010.

B. Lecampion : Cement Hydration: a macroscopic poromechanical point of view. 2010.

B. Lecampion : Geodetic monitoring for CO2 Storage: a brief review. 2007.

B. Lecampion; A. Constantinescu : Sensitivity analysis for parameter identification in quasi-static poroelasticity; International Journal for Numerical and Analytical Methods in Geomechanics. 2004. DOI : 10.1002/nag.409.

A. Constantinescu; B. Lecampion : A discussion of sensitivity analysis for the identification of poroelastic material parameters. 2003. 7th US National Conference on Computational Mechanics, July, 2003.

B. Lecampion; A. Constantinescu; D. Nguyen Minh; D. Allagnat : On the determination of elastoviscoplastic constants of hard marls from in situ measurements performed on a motorway tunnel in the Alps. 2002. North American Rocks Mechanics Symposium, Toronto. p. 251--258.

The goal of this course is to introduce the student to modern numerical methods for the solution of coupled & non-linear problems arising in geo-mechanics / geotechnical engineering.

-        Introduction to geo-energy & the different types of subterranean reservoirs

-        Introduction to numerical methods in geomechanics (FE/FD algorithms for hydro...