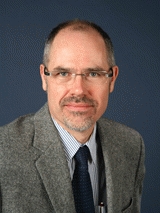 Christian C. Enz is the head of the Integrated Circuits Laboratory (ICLAB), operating in Microcity, the new EPFL antenna in Neuchâtel. He is directed towards low-power and low-voltage electronics and his research covers the following areas:

Christian C. Enz (M84, S'12) received the M.S. and Ph.D. degrees in Electrical Engineering from the EPFL in 1984 and 1989 respectively. From 1984 to 1989 he was research assistant at the EPFL, working in the field of micro-power analog IC design. In 1989 he was one of the founders of Smart Silicon Systems S.A. (S3), where he developed several low-noise and low-power ICs, mainly for high energy physics applications. From 1992 to 1997, he was an Assistant Professor at EPFL, working in the field of low-power analog CMOS and BiCMOS IC design and device modeling. From 1997 to 1999, he was Principal Senior Engineer at Conexant (formerly Rockwell Semiconductor Systems), Newport Beach, CA, where he was responsible for the modeling and characterization of MOS transistors for the design of RF CMOS circuits. In 1999, he joined the Swiss Center for Electronics and Microtechnology (CSEM) where he launched and lead the RF and Analog IC Design group. In 2000, he was promoted Vice President, heading the Microelectronics Department, which became the Integrated and Wireless Systems Division in 2009. He joined the EPFL as full professor in 2013, where he is currently the director of the Institute of Microengineering (IMT) and head of the Integrated Circuits Laboratory (ICLAB). He is lecturing and supervising undergraduate and graduate students in the field of Analog and RF IC Design at EPFL. His technical interests and expertise are in the field of very low-power analog and RF IC design, semiconductor device modeling, and inexact and error tolerant circuits and systems. He has published more than 200 scientific papers and has contributed to numerous conference presentations and advanced engineering courses. Together with E. Vittoz and F. Krummenacher he is one of the developer of the EKV MOS transistor model and the author of the book "Charge-Based MOS Transistor Modeling - The EKV Model for Low-Power and RF IC Design" (Wiley, 2006). He has been member of several technical program committees, including the International Solid-State Circuits Conference (ISSCC) and European Solid-State Circuits Conference (ESSCIRC). He has served as a vice-chair for the 2000 International Symposium on Low Power Electronics and Design (ISLPED), exhibit chair for the 2000 International Symposium on Circuits and Systems (ISCAS) and chair of the technical program committee for the 2006 European Solid-State Circuits Conference (ESSCIRC). Since 2012 he has been elected as member of the IEEE Solid-State Circuits Society (SSCS) Administrative Commmittee (AdCom). He is also Chair of the IEEE SSCS Chapter of Switzerland.

Microfluidics by Additive Manufacturing for Wearable Biosensors: A Review

Design and Optimization of Low Power and Low Light Sensor

Physical Model of Low-Temperature to Cryogenic Threshold Voltage in MOSFETs

Low-frequency noise considerations for sensors based on manganites

This course presents the design of low-power analog CMOS integrated circuits. The techniques are based on the concept of inversion coefficient that can be used as the main design parameter for the optimization of figures-of-merit applied to circuits including amplifiers, filters and oscillators.

This course introduces the analysis and design of linear analog circuits based on operational amplifiers. A Laplace early approach is chosen to treat important concepts such as time and frequency responses, convolution, and filter design. The course is complemented with exercises and simulations.