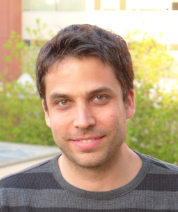 Christian Theiler obtained his Master’s degree in physics from ETH Zurich in 2007 and his PhD from EPFL in 2011. He then joined MIT as a postdoctoral associate to work on the Alcator C-Mod tokamak. In 2014, he returned to EPFL as a EUROfusion fellow, to join the TCV tokamak team. Two years later, he was named Tenure Track Assistant Professor in Plasma Physics at EPFL. Christian’s research focuses on tokamak boundary physics and related diagnostic techniques. He has contributed to the understanding of the formation, propagation, and control of turbulent plasma structures, called blobs, and gained new insights on the structure of transport barriers in the plasma periphery in different high-confinement regimes. His current research focuses on detachment physics and turbulence characteristics in conventional and alternative divertor magnetic geometries.

New insights on divertor parallel flows,E x B drifts, and fluctuations from in situ, two-dimensional probe measurement in the Tokamak a Configuration Variable

Detachment in conventional and advanced double-null plasmas in TCV

Suppression of first-wall interaction in negative triangularity plasmas on TCV

Langmuir probe electronics upgrade on the tokamak a configuration variable

Thermal, electromagnetic and structural analysis of gas baffles for the TCV divertor upgrade

Blob velocity scaling in diverted tokamaks: A comparison between theory and simulation

Physics research on the TCV tokamak facility: from conventional to alternative scenarios and beyond

Progress toward divertor detachment on TCV within H-mode operating parameters

Impact of the plasma geometry on divertor power exhaust: experimental evidence from TCV and simulations with SolEdge2D and TOKAM3X

Detachment evolution on the TCV tokamak

TCV experiments towards the development of a plasma exhaust solution

Blob dynamics in the TORPEX experiment: a multi-code validation

Dynamics of plasma blobs in a shear flow

The course covers two important chapters of physics: physics of fluids and electromagnetism. An introduction to the physics of waves will be given in order to study the solutions of the equations of hydrodynamics and Maxwell's equations.

Following an introduction of the main plasma properties, the fundamental concepts of the fluid and kinetic theory of plasmas are introduced. Applications concerning laboratory, space, and astrophysical plasmas are discussed throughout the course.
close