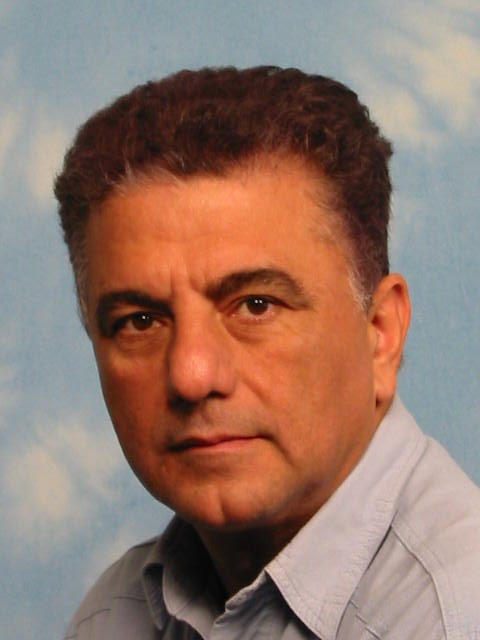 An inherent characteristic of electrochemical processes is the fact that they are able to perform chemical conversions, without the use of reactants (for example oxidants) and, consequently, in most cases without the formation of by-products. This implies that electrochemical processes are in principle environment-friendly. Furthermore, electrocatalysis can find applications in electrochemical energy conversion devices (fuel cells).
One important electrochemical reaction is the electrochemical oxygen transfer reaction (EOTR) in acid media for application in electrosynthesis and electroincineration of organic pollutants. The electrode material is clearly an important parameter when optimizing such processes. Two extreme classes of electrodes can be defined as active and non-active electrodes. At active electrodes, a surface redox couple can act as mediator in the EOTR, while in non-active electrodes weakly adsorbed hydroxyl radicals, formed by water discharge, are involved in the EOTR.
Iridium dioxide based anodes forming the higher oxide (IrO3 / IrO2 redox couple) can be considered as typical active electrodes and boron-doped diamond (BDD) electrodes, having an inert character and weak adsorption properties, can be considered as non-active electrodes. The distinction between active and non-active behavior is supported by several experimental observations, including measurement of the concentration of reactive intermediates in the oxygen evolution reaction, such as hydroxyl radicals produced by discharge of water.
Kinetic models or organics oxidation at active and non-active type anodes are proposed and confirmed by preparative electrolysis using different classes of organic compounds.
The Non-Faradaic Electrochemical Modification of Catalytic Activity (NEMCA) of catalysts for environmental application is another subject of research activity of the GGEC. This activity consists of both fundamental research and cell development for practical application of the phenomenon.

Christos Comninellis, of Greek origin, born in 1945, received his Bachelor of Science in chemistry (distinction with honor) in 1970 from the University of Alexandria.
From 1971 to 1975, he worked as a chemist at the Institute of chemical engineering at the EPFL, where he achieved his PhD in technical sciences in 1979 for his research on the electrochemical fluorination of organic compounds in anhydrous hydrogen fluoride.

Appointed professor in 1996, he teaches at the Faculty of Basic Sciences (FSB) of the Swiss Federal Institute of Technology, Lausanne (EPFL)
 Applied Chemistry.
 Transport Phenomena.
 Chemical and Electrochemical Technologies Related to the Environment.
 Electrochemical Engineering.
He also holds a teaching position at the Haute Ecole Valaisanne Sion (HEVs).

His research work is focused on environmental electrochemistry, electrocatalysis, fuel cell and electrochemical promotion in catalysis. An applied research for the utilization of electrochemical techniques in industry for the protection of the environment is a constant concern within his activities. As a result, the collaboration with the industry enabled the development of oxidation processes with regeneration of the oxidant using a new type of bipolar electrochemical reactor.

Christos Comninellis has published over 170 scientific papers, directed 17 doctoral theses and holds 14 patents. He has participated in over 130 international symposia, giving five plenary lectures during the last five years. He has been president of the Evaluation Committee of the FSB since the beginning of 2004 and is member of the jury of the EPFL prize for outstanding PhD-thesis.