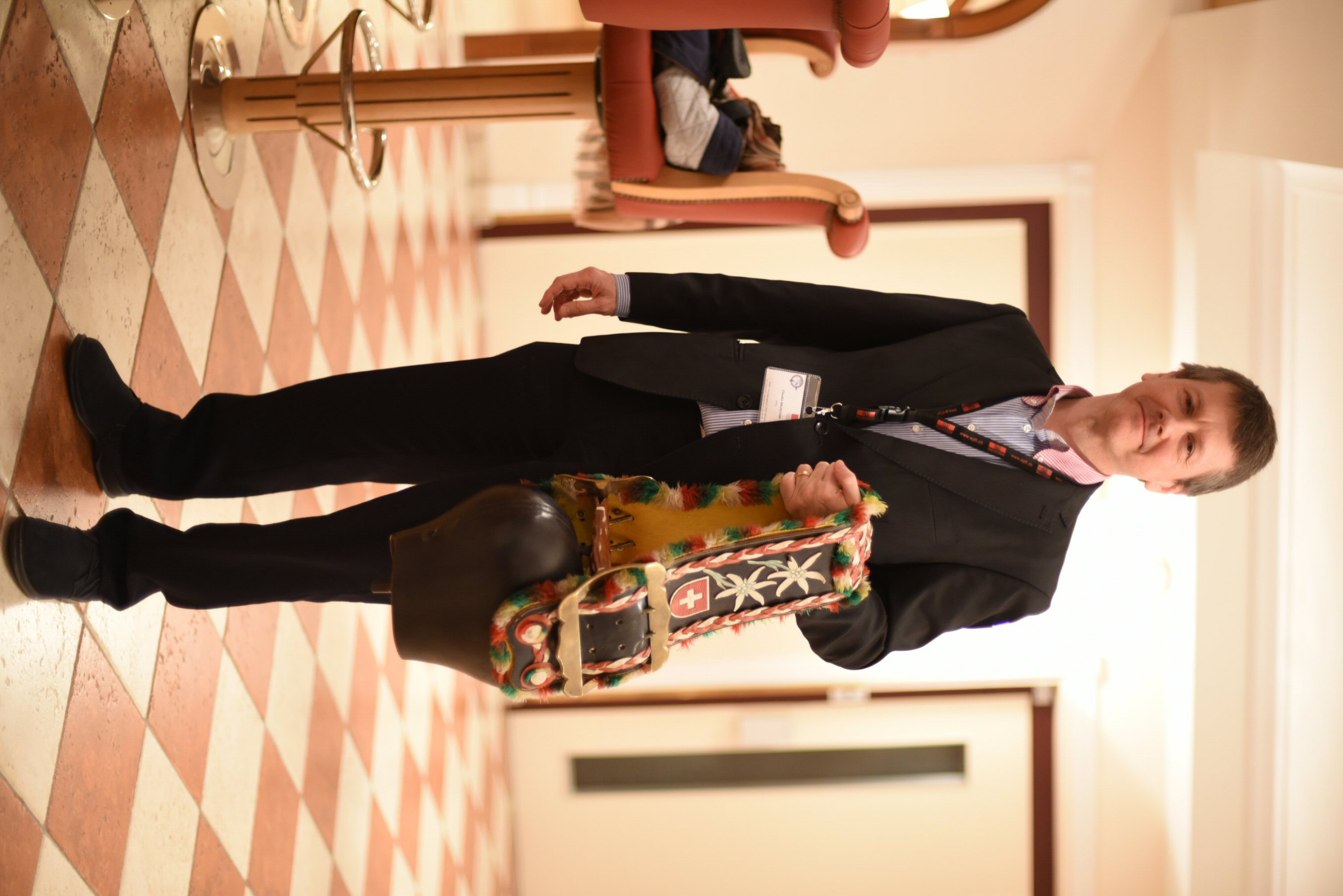 Claudio Bruschini holds an MSc in high energy physics from the University of Genova and a PhD in Applied Sciences from the Vrije Universiteit Brussel (VUB). He started his career with INFN (Italy, 1993), in the WA92 CERN collaboration (particle physics), and then moved to CERN as a Fellow in the European GP-MIMD2 project, attached to the NA48 collaboration (particle physics, parallel programming, 1994-1995).

He then started his close collaboration with EPFL, first in the DeTeC (Demining Technology Center) project (sensors for landmine detection/humanitarian demining, 1996-1997). After DeTeC's end, he started the first of a series of fruitful collaborations with the Vrije Universiteit Brussel (VUB) on humanitarian demining related R&D (1998). This was followed by the EUDEM survey project (The European Union in Humanitarian Demining, 1998), the EUDEM2 three year EC sponsored support measure (www.eudem.info, 2001-2004), and the DELVE support action (www.delve.vub.ac.be, 2007).

In parallel he started working within the EPFL's AQUA group (Advanced Quantum Architectures, Edoardo Charbon), on topics as diverse as ultrasonic sensors for in-air application, optical 3D and high speed 2D sensing, sensor networks, or tracking/motion capture systems, in particular for the preparation of research projects. This culminated in the European MEGAFRAME (www.megaframe.eu, FP6, 2006-2010, SPAD arrays and related in-pixel time stamping electronics in deep submicron CMOS technology) and SPADnet (www.spadnet.eu, FP7, 2010-2014, networked SPAD arrays for Positron Emission Tomography) projects, coordinated by EPFL-AQUA. As from 2009 he also worked with Dario Floreano on the management of the CURVACE Curved Artificial Compound Eyes FP7 project (www.curvace.org), coordinated by EPFL-LIS. He was also active with CHUV (Lausanne University Hospital) within EndoTOFPET-US (endoscopic PET) as well as on a CTI project devoted to the development of a new hand-held standalone tool for tracer-guided medical procedures. In 2014 he had also the pleasure of joining the EPFL ICLAB of Christian Enz during its ramp-up phase, collaborating on device related topics (SNF GigaRadMOST) and biomedical R&D (NanoTera WiseSkin).

Claudio is now fully with EPFL’s Advanced Quantum Architecture (AQUA). He has also been active as independent scientific consultant, under the label CBR Scientific Consulting, on the preparation of (European) R&D project proposals and the execution of individual studies, and worked in 2006 for a local start-up as operations manager and R&D advisor.... but this is another story.

An unauthorized early biography is available at http://lami.epfl.ch/team/claudiob/...

The course deals with the concept of measuring in different domains, particularly in the electrical, optical, and microscale domains. The course will end with a perspective on quantum measurements, which could trigger the ultimate revolution in metrology.
close