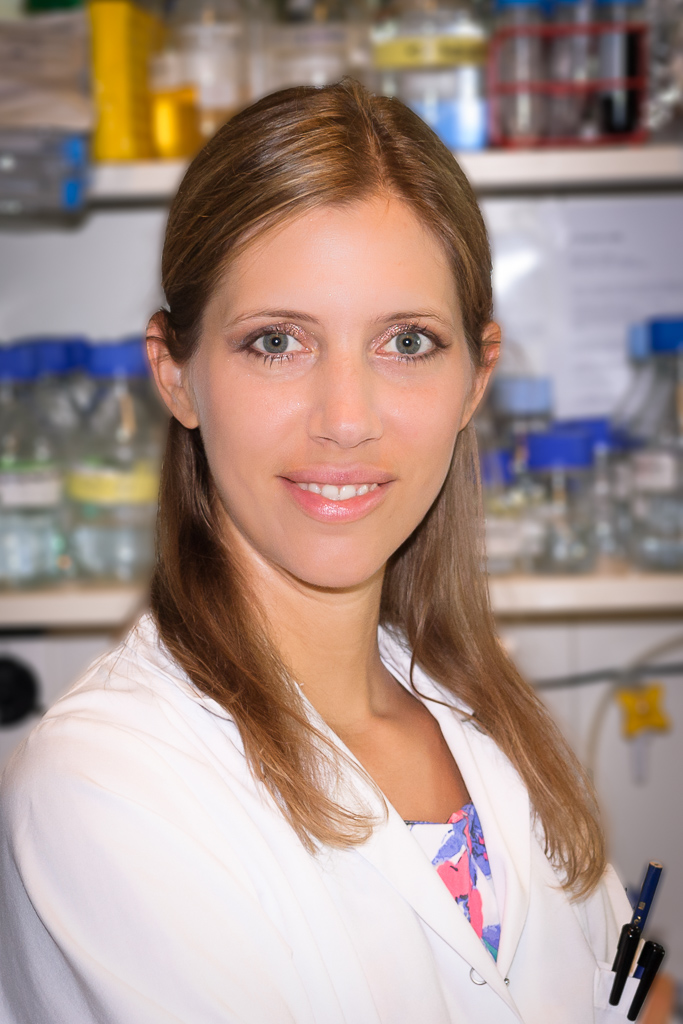 Mol Biol Cell. 2012 Aug;23(16):3111-21. Epub 2012 Jun 27. The nucleoporin Nup205/NPP-3 is lost near centrosomes at mitotic onset and can modulate the timing of this process in Caenorhabditis elegans embryos. Hachet V, Busso C, Toya M, Sugimoto A, Askjaer P, Gönczy P. Source Swiss Institute for Experimental Cancer Research, School of Life Sciences, Swiss Federal Institute of Technology (EPFL), Lausanne, Switzerland. Abstract Regulation of mitosis in time and space is critical for proper cell division. We conducted an RNA interference-based modifier screen to identify novel regulators of mitosis in Caenorhabditis elegans embryos. Of particular interest, this screen revealed that the Nup205 nucleoporin NPP-3 can negatively modulate the timing of mitotic onset. Furthermore, we discovered that NPP-3 and nucleoporins that are associated with it are lost from the nuclear envelope (NE) in the vicinity of centrosomes at the onset of mitosis. We demonstrate that centrosomes are both necessary and sufficient for NPP-3 local loss, which also requires the activity of the Aurora-A kinase AIR-1. Our findings taken together support a model in which centrosomes and AIR-1 promote timely onset of mitosis by locally removing NPP-3 and associated nucleoporins from the NE.

Dev Cell. 2007 Apr;12(4):531-41. Centrosomes promote timely mitotic entry in C. elegans embryos. Hachet V, Canard C, Gönczy P. Source Swiss Institute for Experimental Cancer Research (ISREC), and School of Life Sciences, Swiss Federal Institute of Technology (EPFL), CH-1066 Lausanne, Switzerland. Abstract Several mitotic regulators, including Cyclin B1/Cdk1, are present at centrosomes prior to mitosis onset, but it is unclear whether centrosomes promote mitotic entry in vivo. Here we developed a sensitive assay in C. elegans embryos for the temporal analysis of mitotic entry, in which the male and female pronuclei undergo asynchronous entry into mitosis when separated from one another. Using this assay, we found that centrosome integrity is necessary for timing mitotic entry. Centrosomes do not function in this instance through their ability to nucleate microtubules. Instead, centrosomes serve to focus the Aurora A kinase AIR-1, which is essential for timely mitotic entry. Furthermore, analysis of embryos in which centrosomes and pronuclei are detached from one another demonstrates that centrosomes are sufficient to promote mitosis onset. Together, our findings support a model in which centrosomes serve as integrative centers for mitotic regulators and thus trigger mitotic entry in a timely fashion.

J Cell Sci. 2007 Aug 15;120(Pt 16):2963-73. Epub 2007 Jul 31. ZYG-9, TAC-1 and ZYG-8 together ensure correct microtubule function throughout the cell cycle of C. elegans embryos. Bellanger JM, Carter JC, Phillips JB, Canard C, Bowerman B, Gönczy P. Source Swiss Institute for Experimental Cancer Research (ISREC), Swiss Federal Institute of Technology (EPFL), School of Life Sciences, Lausanne, Switzerland. Abstract The early Caenorhabditis elegans embryo is well suited for investigating microtubule-dependent cell division processes. In the one-cell stage, the XMAP215 homologue ZYG-9, associated with the TACC protein TAC-1, promotes microtubule growth during interphase and mitosis, whereas the doublecortin domain protein ZYG-8 is required for anaphase spindle positioning. How ZYG-9, TAC-1 and ZYG-8 together ensure correct microtubule-dependent processes throughout the cell cycle is not fully understood. Here, we identify new temperature-sensitive alleles of zyg-9 and tac-1. Analysis of ZYG-9 and TAC-1 distribution in these mutants identifies amino acids important for centrosomal targeting and for stability of the two proteins. This analysis also reveals that TAC-1 is needed for correct ZYG-9 centrosomal enrichment. Moreover, we find that ZYG-9, but not TAC-1, is limiting for microtubule-dependent processes in one-cell-stage embryos. Using two of these alleles to rapidly inactivate ZYG-9-TAC-1 function, we establish that this complex is required for correct anaphase spindle positioning. Furthermore, we uncover that ZYG-9-TAC-1 and ZYG-8 function together during meiosis, interphase and mitosis. We also find that TAC-1 physically interacts with ZYG-8 through its doublecortin domain, and that in vivo TAC-1 and ZYG-8 are part of a complex that does not contain ZYG-9. Taken together, these findings indicate that ZYG-9-TAC-1 and ZYG-8 act in a partially redundant manner to ensure correct microtubule assembly throughout the cell cycle of early C. elegans embryos.

Curr Biol. 2006 Sep 19;16(18):1844-9. Sequential protein recruitment in C. elegans centriole formation. Delattre M, Canard C, Gönczy P. Source Swiss Institute for Experimental Cancer Research, School of Life Sciences (ISREC), Swiss Federal Institute of Technology (EPFL), Lausanne, Switzerland. Abstract Formation of the microtubule-based centriole is a poorly understood process that is crucial for duplication of the centrosome, the principal microtubule-organizing center of animal cells . Five proteins have been identified as being essential for centriole formation in Caenorhabditis elegans: the kinase ZYG-1, as well as the coiled-coil proteins SAS-4, SAS-5, SAS-6, and SPD-2 . The relationship between these proteins is incompletely understood, limiting understanding of how they contribute to centriole formation. In this study, we established the order in which these five proteins are recruited to centrioles, and we conducted molecular epistasis experiments expanding on earlier work. We find that SPD-2 is loaded first and is needed for the centriolar localization of the four other proteins. ZYG-1 recruitment is required thereafter for the remaining three proteins to localize to centrioles. SAS-5 and SAS-6 are recruited next and are needed for the presence of SAS-4, which is incorporated last. Our results indicate in addition that the presence of SAS-5 and SAS-6 allows diminution of centriolar ZYG-1. Moreover, astral microtubules appear dispensable for the centriolar recruitment of all five proteins. Several of these proteins have homologs in other metazoans, and we expect the assembly pathway that stems from our work to be conserved.

nfect Immun. 2006 Jun;74(6):3134-47. Rhamnolipids are virulence factors that promote early infiltration of primary human airway epithelia by Pseudomonas aeruginosa. Zulianello L, Canard C, Köhler T, Caille D, Lacroix JS, Meda P. Source Department of Cell Physiology and Metabolism, Medical Center, University of Geneva, 1, rue Michel Servet, Geneva 04 CH1211, Switzerland. Laurence.Zulianello@medecine.unige.ch Abstract The opportunistic bacterium Pseudomonas aeruginosa causes chronic respiratory infections in cystic fibrosis and immunocompromised individuals. Bacterial adherence to the basolateral domain of the host cells and internalization are thought to participate in P. aeruginosa pathogenicity. However, the mechanism by which the pathogen initially modulates the paracellular permeability of polarized respiratory epithelia remains to be understood. To investigate this mechanism, we have searched for virulence factors secreted by P. aeruginosa that affect the structure of human airway epithelium in the early stages of infection. We have found that only bacterial strains secreting rhamnolipids were efficient in modulating the barrier function of an in vitro-reconstituted human respiratory epithelium, irrespective of their release of elastase and lipopolysaccharide. In contrast to previous reports, we document that P. aeruginosa was not internalized by epithelial cells. We further report that purified rhamnolipids, applied on the surfaces of the epithelia, were sufficient to functionally disrupt the epithelia and to promote the paracellular invasion of rhamnolipid-deficient P. aeruginosa. The mechanism involves the incorporation of rhamnolipids within the host cell membrane, leading to tight-junction alterations. The study provides direct evidence for a hitherto unknown mechanism whereby the junction-dependent barrier of the respiratory epithelium is selectively altered by rhamnolipids.
close