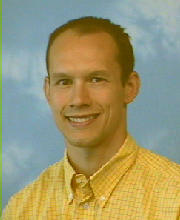 Cyrille HIBERT received his diploma in Physics in 1994 and his PhD in 1998 from University of Orleans (FR). He then held a post doctoral position in GREMI laboratory at the University of Orleans in collaboration with Alcatel Vacuum Technology and ST Microelectronics, working in deep anisotropic etching of silicon with an Inductively Coupled Plasma reactor. In May 2000 he joined the EPFL-Center of Micro-Nano-technology where he was in charge of the plasma etching activities. He left EPFL in October 2003 for a sabbatical year to join the CFF group at NMRC (Ireland) now called Tyndall Institute. He worked on developing plasma processing. In October 2004, he came back to EPFL-CMI to be in charge of etching and nanotechnology activities (FIB and future ebeam litho).