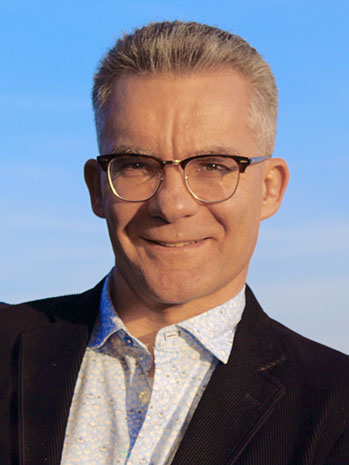 Daniel Constam received his doctoral degree in Natural Sciences from ETH Zürich in the neuroimmunology group of Adriano Fontana (1993). For postdoctoral studies, he joined the laboratory of Elizabeth Robertson as an EMBO fellow at Harvard University to characterize proprotein convertase (PC) functions in mouse models of early embryogenesis (1994-1999). As an ISREC group leader (>2000) and Associate Professor at EPFL (>2007), he initially continued to study pluripotency and lineage differentiation during development and found that several secreted PCs jointly regulate cell-cell adhesion and TGFβ signaling pathways at the cross-roads of stem cell and cancer biology. To map the proteolytic activity of PCs and their relative distribution in exocytic or endocytic vesicles, his lab developed PC-specific FRET sensors for high resolution live imaging in normal cells and in tumour-host interactions. His studies on TGFβ signaling also identified the RNA-binding protein Bicc1 and its self-polymerization in membrane-less organelles as regulators of mRNA translation and cell metabolism that cooperate with primary cilia to prevent cystic growth in renal tubules and in pancreatic and bile ducts.

This course provides a comprehensive overview of the biology of cancer, illustrating the mechanisms that cancer cells use to grow and disseminate at the expense of normal tissues and organs.