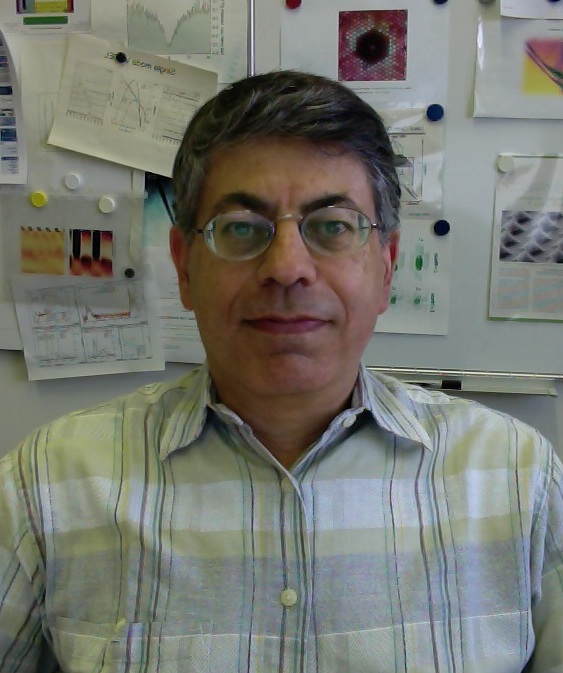 My mission has been to create a dynamic research and education environment in the area of physics of nanostructures. This is implemented by leading the Laboratory of Physics of Nanostructures in its research projects, providing and nurturing new research and education ideas, and guiding and coaching graduate and undergraduate students wishing to develop a career in this field.

Eli Kapon received his Ph.D. in physics from Tel Aviv University, Israel in 1982. He then spent two years at the California Institute of Technology, Pasadena, as a Chaim Weizmann Research Fellow, where he worked mainly on phase-locked arrays of semiconductor lasers. From 1984 till 1993 he was with Bellcore, New Jersey, first as member of technical staff, and from 1989 as District Manager. At Bellcore, he worked on integrated optics in III-V compounds and on low-dimensional semiconductor nanostructures, particularly quantum wires and quantum dots. He managed the Quantum Structures District and the Integrated Optoelectronics District at Bellcore from 1989 till 1992 and from 1992 till 1993, respectively. In 1993 he was appointed Professor of Physics of Nanostructures at the Physics Department of the Swiss Federal Institute of Technology in Lausanne (EPFL), where he heads the Laboratory of Physics of Nanostructures. In 1999-2000 he spent his sabbatical as Sackler Scholar at the Mortimer and Raymond Sackler Institute of Advanced Studies in Tel Aviv University, Israel. During that period he helped establishing the Tel Aviv University Center for Nanoscience and Nanotechnology and served as its first Director from 2000 to 2002. In 2001 he founded the start up BeamExpress and has been serving as its Chief Scientist. He is currently serving as Director of the Institute of Quantum Electronics and Photonics in the Faculty of Basic Sciences at EPFL. His research interests include self-organization of nanostructures, optical properties and electron transport in low-dimensional quantum structures, quantum wire and quantum dot lasers, photonic crystals and vertical cavity surface emitting lasers. He is author or co-author of >300 journal articles, >10 patents, and editor of two books on semiconductor lasers. Prof. Kapon is Fellow of the Optical Society of America, the Institute of Electrical and Electronics Engineers, and the American Physical Society of America, and a recipient of a 2007 Humboldt Research Award.