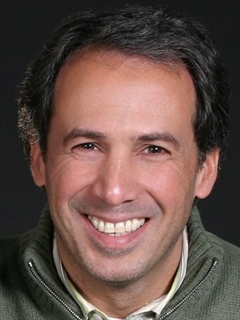 Farhad Rachidi is the Head of the EMC Group of the Swiss Federal Institute of Technology (EPFL). The Group is active in EMC research since early 1980s. Our Research is essentially sponsored by various programs of Swiss National Science Foundation, European Community, European Space Agency, Swiss Electrical Utilities (PSEL, CREE-RDP), as well as by private companies. We collaborate with many international research centers and universities among which Universities of Bologna and Rome (Italy), Uppsala University and KTH (Sweden), University of Toronto (Canada), University of Florida (USA), Radio Research and Development Institute (Russia), etc. Students at Swiss Federal Institute of Technology have an opportunity to get involved in EMC research through semester projects (undergraduate level), diploma projects (equivalent to MS), and Ph.D. programme.

Farhad Rachidi (IEEE Fellow, EMP Fellow, Electromagnetics Academy Fellow) was born in Geneva in 1962. He received the M.S. degree in electrical engineering and the Ph.D. degree from the Swiss Federal Institute of Technology, Lausanne, in 1986 and 1991 respectively. He worked at the Power Systems Laboratory of the same institute until 1996 and had several short stays at the University of Florida and the NASA Kennedy Space Center. In 1997, he joined the Lightning Research Laboratory of the University of Toronto in Canada and from April 1998 until September 1999, he was with Montena EMC in Switzerland. He is currently a titular professor and the head of the EMC Laboratory at the Swiss Federal Institute of Technology, Lausanne, Switzerland. His research interests concern electromagnetic compatibility, lightning electromagnetics and electromagnetic field interactions with transmission lines. Dr. Rachidi is currently a member of the Advisory Board of the IEEE TRANSACTIONS ON ELECTROMAGNETIC COMPATIBILITY and the President of the Swiss National Committee of the International Union of Radio Science. He has received numerous awards including the 2005 IEEE EMC Technical Achievement Award, the 2005 CIGRE Technical Committee Award, the 2006 Blondel Medal from the French Association of Electrical Engineering, Electronics, Information Technology and Communication (SEE), the 2016 Berger Award from the International Conference on Lightning Protection, the 2016 Best Paper Award of the IEEE Transactions on EMC, and the 2017 Motohisa Kanda Award for the most cited paper of the IEEE Transactions on EMC (2012-2016). In 2014, he was conferred the title of Honorary Professor of the Xi’an Jiaotong University in China. He served as the Vice-Chair of the European COST Action on the Physics of Lightning Flash and its Effects from 2005 to 2009, the Chairman of the 2008 European Electromagnetics International Symposium, the President of the International Conference on Lightning Protection from 2008 to 2014, the Editor-in-Chief of the Open Atmospheric Science Journal (2010-2012) and the Editor-in-Chief of the IEEE TRANSACTIONS ON ELECTROMAGNETIC COMPATIBILITY from 2013 to 2015. He is a Fellow of the IEEE and of the SUMMA Foundation, and a member of the Swiss Academy of Sciences. He is the author or coauthor of over 200 scientific papers published in peer-reviewed journals and over 400 papers presented at international conferences.

A Prony-Based Approach for Accelerating the Lightning Electromagnetic Fields Computation: Effect of the Soil Finite Conductivity

Comment on “Straight lightning as a signature of macroscopic dark matter”

Could Macroscopic Dark Matter (Macros) Give Rise to Mini-Lightning Flashes out of a Blue Sky without Clouds?

Ionization Waves Enhance the Production of X-rays during Streamer Collisions

On the Initiation of Upward Negative Lightning by Nearby Lightning Activity: An Analytical Approach

Revisiting the Calculation of the Early Time HEMP Conducted Environment

Impedance and Admittance Formulas for a Multistair Model of Transmission Towers

On the Propagation of Lightning-Radiated Electromagnetic Fields Across a Mountain

Grounding Resistance of a Hemispheric Electrode Located on the Top of a Finite-Height, Cone-Shaped Mountain

On the Efficiency of OpenACC-aided GPU-Based FDTD Approach: Application to Lightning Electromagnetic Fields

Calculation of the Grounding Resistance of Structures Located on Elevated Terrain

Analysis of the lightning production of convective cells

Electromagnetic Fields Associated With the M‐Component Mode of Charge Transfer

On the Differential Input Impedance of an Electro-Explosive Device

Fundamentals of electrical circuits and systems

The learning outcome is to increase the knowledge of simulation methods and the role of computers in the management and the operation of electric power systems.