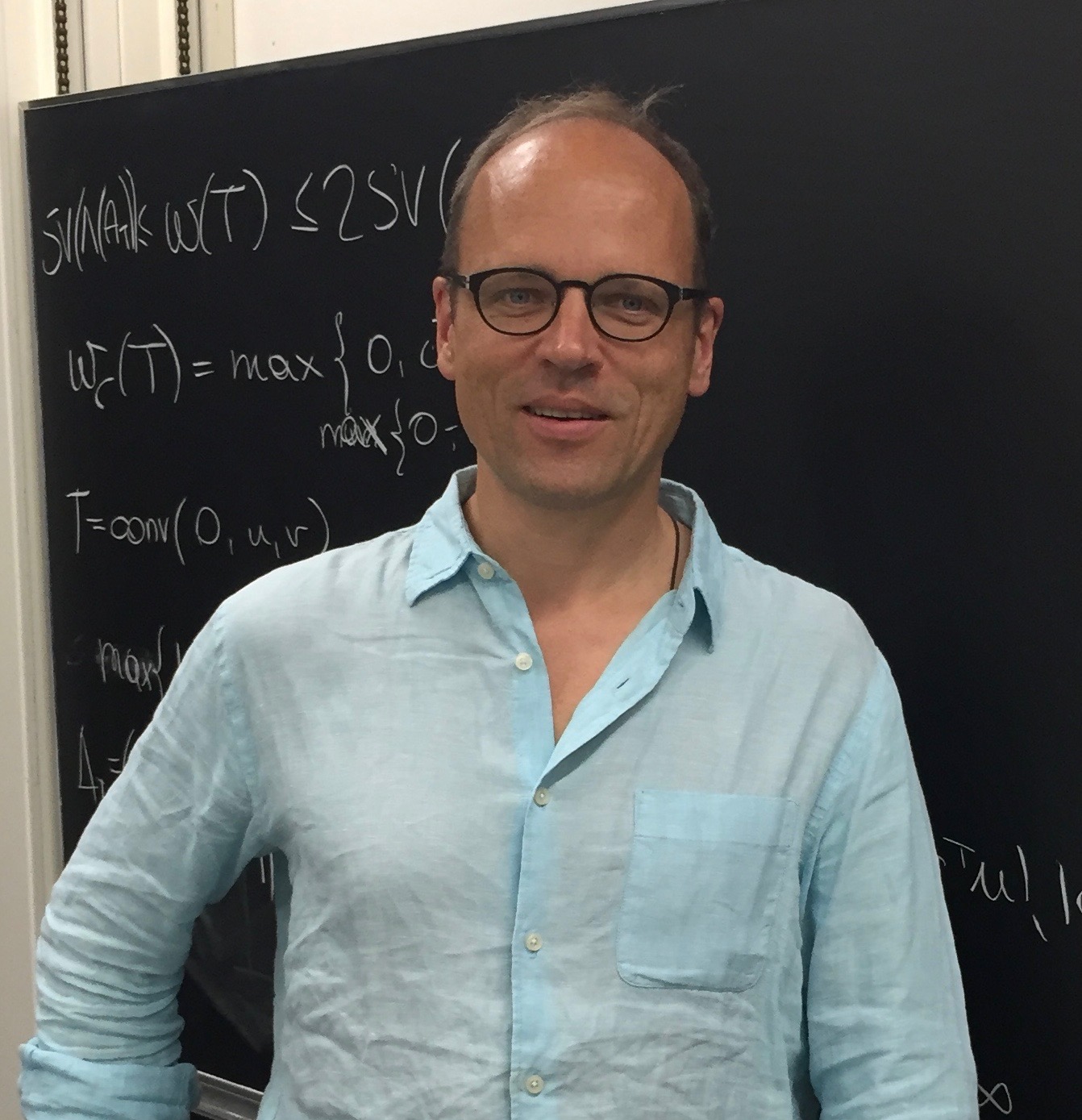 Friedrich Eisenbrand's main research interests lie in the field of discrete optimization, in particular in algorithms and complexity, integer programming, geometry of numbers, and applied optimization. He is best known for his work on efficient algorithms for integer programming in fixed dimension and the theory of cutting planes, which are an important tool to solve large scale industrial optimization problems in practice.

Before joining EPFL in March 2008, Friedrich Eisenbrand was a full professor of mathematics at the University of Paderborn. Friedrich received the Heinz Maier-Leibnitz award of the German Research Foundation (DFG) in 2004 and the Otto Hahn medal of the Max Planck Society in 2001.

The course aims to introduce the basic concepts and results of integer optimization with special emphasis on algorithmic problems on lattices that have proved to be important in theoretical computer science and cryptography during the past 30 years.

The course aims to introduce the basic concepts and results on metric embeddings, or more precisely on approximate embeddings. This area has been under rapid development since the 90's and it has strong impact on algorithms for discrete optimization problems.
close