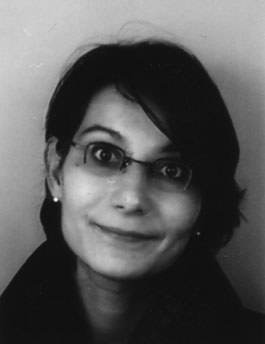 Giulia Marino has a Master’s degree in architecture in History and theories of restoration of monuments from the University of Florence (MA, 2003) and a PhD in architecture from the École polytechnique fédérale de Lausanne (PhD, 2014; EPFL Doctorate Award 2016). She obtained also a Postgraduate Master in Preservation of modern and contemporary built heritage from the University of Geneva (DEA, 2006). Professor at the Université Catholique de Louvain, LOCI Faculty (UCLouvain, Bruxelles, Belgium) and researcher at the Laboratory of Techniques and Preservation of Modern Architecture at the EPFL (Switzerland), Giulia Marino is also consultant architect in heritage preservation.Her scientific interests are centred on history of strategies for the conservation of the modern and contemporary heritage, and on the history of construction techniques and twentieth-century building services. She has developed these two main strands of research in her work, as well as the monumental heritage of the interwar period (e.g. Le Corbusier’s studio-apartment at 24NC, commissioned by the Foundation Le Corbusier, 2014, with a grant from the Getty Foundation) and in the extensive corpus of architectural production 1945-75 (e.g. Stratégies pour la cité du Lignon, 2009-2012; Europa Nostra Award 2013, SIA-Umsicht Award 2013).She has given lectures in Europe (Paris, Lisbon, Brussels, Milan, Luxembourg, etc.) and internationally (Chandigarh, Mexico City, Tokyo, Montreal, etc.). She has also presented at numerous international conferences and published papers and articles (Werk, Arquitectura Viva, AMC, etc.) as well as a monograph on the CAF building in Paris (Picard, 2009, 270 p.), and a book on the restoration of the Cité du Lignon housing complex, as well as being responsible for its scientific conception and coordination (Infolio, 2012, 160 p.). She recently coedited the volume Building Environment and Interiors Comfort in 20th-Century Architecture: Understanding Issues and Developing Conservation Strategies (PPUR, 2016) and Les multiples vies de l’appartement-atelier. Le Corbusier (PPUR, 2017). After the monograph on the Buvette d’Evian by Jean Prouvé (Infolio, 2018) and the volume Avanchet-Parc, “cité de conception nouvelle et originale (Infolio, 2020), she is working on the publication of her PhD at the Éditions Métispresses and the proceedings of International Study Day “Restoring Jean Prouvé” (PPUR, 2021). She is Vice President of Docomomo Switzerland since 2015 and member of the board of Docomomo Belgium since 2020. She is also a member of ICOMOS Schweiz, the Swiss Heritage Society, the Swiss Society of Engineers and Architects-SIA, Associazione italiana per la storia dell’ingegneria, Association francophone d’histoire de la construction and the Construction History Society.

Beyond the Synthèse des Arts. The Behaviorism of Jean Tschumi's Postwar interiors

The Many Lives of Apartment-Studio Le Corbusier

Concrete in Switzerland. Histories from the recent past; Lausanne: EPFL Press, 2021-12-30.

Methodology for energy retrofitting of Modern Architecture. The case study of the Olivetti office building in the UNESCO site of Ivrea

Le Corbusier's studio-apartment. How to transmit the cultural values of an architectural palimpsest?

Concerning the research “Material history of the built environment and the conservation project” (2008–2020), methodology and results

Concerning the research “Material history of the built environment and the conservation project” (2008–2020), methodology and results

Variations on the theme of Plattenbau. Heavy prefabrication and total industrialisation in the experience of the Göhner housing estates in Switzerland (1966-1979)

Restoring Jean Prouvé. The “Buvette” at Evian and other technical objects

The Controversial History of the “Steel and Glass” by Lods, Depondt and Beauclair. The GEAI Housing Estate La Grand'Mare in Rouen (1968–2016)

Georges Addor's Housing Complexes: an Observatory on the Conservation of “Large-Scale” Heritage

The World Health Organization Headquarters in Geneva (1960-1966): how mechanical and electrical services are integral to reading built form

RecyclH2O : The future of the Water Purification Plant in Geneva, Switzerland (1964-1967): heritage as a teaching resource

70% of the work of architectural offices is conducted in the existing. The course aims to provide students with the basic theoretical and practical tools to approach the project in the existing, on the current built heritage but also the monumental heritage.

Confort by design in the 20th century architecture

The main objective of this course, is to highlight the centrality of building services in the design of architecture; to grasp the implications of âcomfort designâ as a feature of âarchitectural designâ and to explore the intersection of the sensorial and the material in architectural histor

The preservation project: theories and techniques

Construction within existing buildings is nothing new. What gives it contemporary relevance is the type of theoretical and practical questions we have to pose concerning the architectural object and the close-range examination of building fabric that is involved.
close