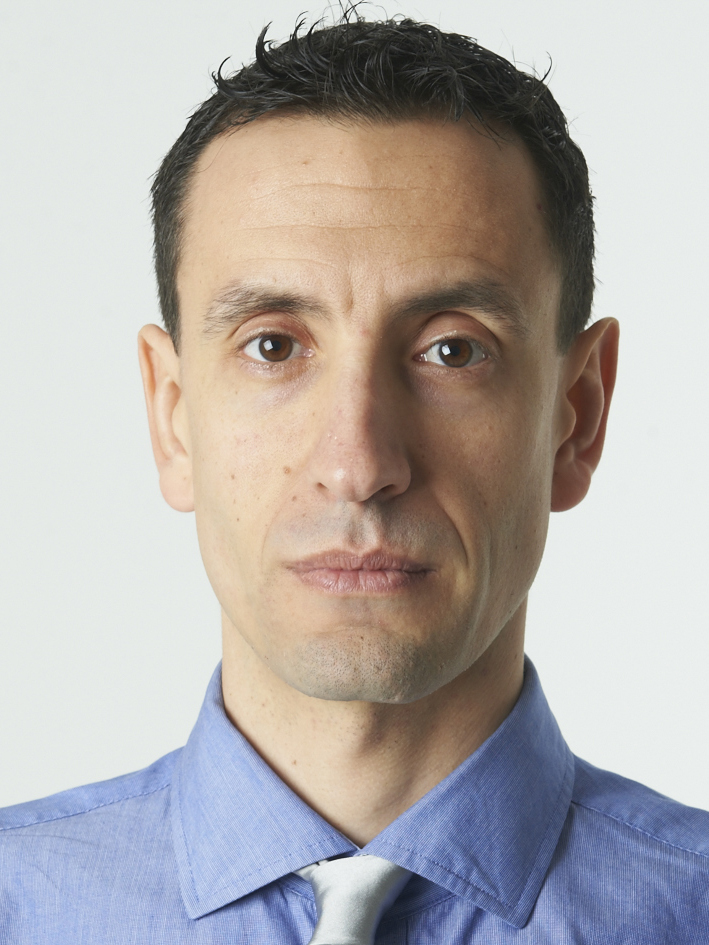 Guillermo Villanueva is a Tenure Track Assistant Professor at the Ecole Polytechnique Federale de Lausane (EPFL), Switzerland, in the Mechanical Engineering Institute (IGM). Before joining EPFL he was a Marie Curie post-doctoral scholar at DTU (Denmark) and Caltech (California, US); and before a post-doc at EPFL-LMIS1. He received his M.Sc. in Physics in Zaragoza (Spain) and his PhD from the UAB in Barcelona (Spain). Since the start of his PhD (2002), Prof. Villanueva has been active in the fields of NEMS/MEMS for sensing, having expertise from the design and fabrication to the characterization and applicability. He has co-authored more than 75 papers in peer-reviewed journals (h-index of 24 WoK, 32 GoS) and more than 100 contributions to international conferences. He is serving, or has served, on the program committees of IEEE-NEMS, IEEE-Sensors, MNE, IEEE-FCS and Transducers. He is editor of Microelectronic Engineering. He has co-organized MNE2014 and SNC2015; and he is currently co-organizing the short courses at Transducers 2019 and the 16th International Workshop on Nanomechanical Sensors (NMC2019).

[51] Optical detection of radio waves through a nanomechanical transducer

[27] Fast and robust hydrogen sensors based on discontinuous palladium films on polyimide, fabricated on a wafer scale

[22] Analysis of the blurring in stencil lithography

[18] Detection of bacteria based on the thermomechanical noise of a nanomechanical resonator: origin of the response and detection limits

[14] Nanobiosensors based on individual olfactory receptors

[9] Etching of sub-micrometer structures through Stencil

[8] A single nanotrench in a palladium microwire for hydrogen detection

[2] Advances in the production, immobilization, and electrical characterization of olfactory receptors for olfactory nanobiosensor development

In this course we study the modal dynamics of mechanical structures. During the course we will learn key concepts like Normal modes, effective mass and stiffness, and eigenfrequencies.

In this course we will see an overview of the exciting field of Micro and Nanomechanical systems. We will go over the dfferent scaling laws that dominate the critical parameters, how size affects material properties, how these devices are manufactured, designed and later used.