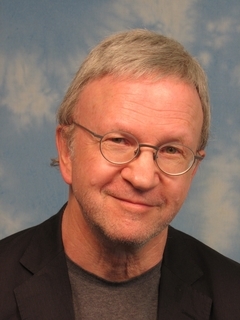 Professor Hans Peter Hertig is an associate member of the Centre for Area and Cultural Studies. He established the centre and was its director until November 2012. He is in charge of the project  Local Knowledge  Global Science, the introductory course on Switzerland and parts of the Lausanne Summer School organized in the framework of the Centres Minor in Area and Cultural Studies. Hans Peter Hertig is an expert on science policy, cross-disciplinary programming and cultural exchange. As Director of the Swiss National Science Foundation, he introduced several new funding schemes  among them the National Centre of Competence in Research (NCCR) -, and launched a major reorganization of the structures and procedures of the institution. Professor Hertig has served in numerous national and international bodies in charge of science policy matters, including the Swiss Science Council and the Governing Council of the European Science Foundation.

Hans Peter Hertig was born in 1945 and is a Swiss citizen. After an apprenticeship as a laboratory assistant, he studied chemical engineering at the University of Applied Science in Burgdorf and Political Science at the University of Berne. He obtained a PhD (Dr.rer.pol.) in 1978. His academic career includes positions at the universities of Berne, Geneva, Iowa and Southern California. In 1985, he joined the Swiss Federal Department of Foreign Affairs and served as Science Counsellor to the Swiss embassies in Washington and Ottawa and the Swiss Mission to the EU in Brussels. From 1993 to 2005, Hans Peter Hertig was the Director of the Swiss National Science Foundation; from 2006 to his coming to EPFL in 2008, he has established a Swiss House for Science, Technology and Culture (swissnex) for the Swiss Confederation in Shanghai, China.