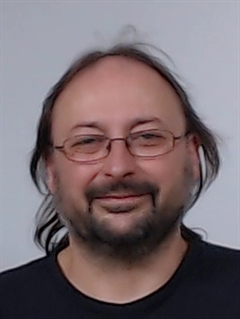 Igor Allaman is a biochemist and biologist specialized in brain energy metabolism and astrocyte-neuron interactions. He received his master in biochemistry from the University of Geneva (1995) and his PhD in biology from the University of Lausanne (2001). He was then a postdoctoral fellow at the University of Lausanne working on astrocyte energy metabolism. Between 2005 and 2017 he was senior scientist in the group of Prof. Pierre Magistretti at EPFL, Lausanne, Switzerland where he specialized on neuronal cell interactions with a particular emphasis on energy metabolism in relation to cognition as well as psychiatric and neurodegenerative diseases. From 2009 to 2013, he was in charge of management, implementation and scientific follow-up of several collaborations with Nestlé research groups (NRC and NIHS). From 2016 to 2017, he also was as a scientific consultant to a multinational company. Igor Allaman has published book chapters, article reviews as well as over 30 original articles. As of 2017, he is the Deputy of the Teaching Section in Life Sciences Engineering at the Faculty of Life Sciences (SV) at EPFL.