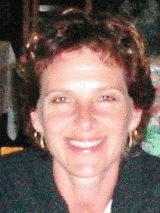 Jacqueline Morard is currently the secretary of the laboratory of organometallic and medicinal chemistry at the Ecole Polytechnique Federal de Lausanne that is directly dependent on the Federal Department of Home Affairs of Switzerland. She was born in Zurich in 1964 and received her diploma in office management in 1985. After her training she moved to the French part of Switzerland where she took over a job as a junior secretary with Plastag in Eclépens. In 1985 she worked with Siemens where she evolved steadily during 14 years to an executive secretary. In 2000 she joined the EPFL, more precisely the laboratory GECOS that has dealt with environment. After the retirement of her boss she joined the Research Center in Plasma Physics within the EPFL as an assistant to the director where she worked until the 2008.
close