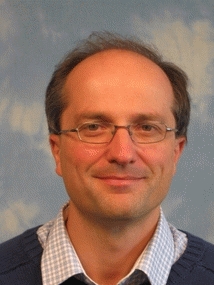 Despite impressive progress in cosmology over the last decade, our understanding of the universe is still limited particularly in some Dark Areas: Dark Matter, Dark Energy & Dark Ages, where progress is particularly difficult. My goal is to assemble a focused research group in a unique environment at the crossroad of astrophysics, cosmology and fundamental physics, to shade new Light on the DArk (LIDA) using new analysis techniques and new observations coming from on one side: wide field imaging and spectroscopy galaxy surveys, and on the other side: deep multi-wavelength survey of massive galaxy clusters. If interested to join or learn more, do not hesitate to contact me!


* Principal investigator of the SDSS-IV eBOSS project. This is an international project assembling more than 150 participants located mainly in Europe, USA and China. This project will observe 1.5 million galaxy and quasars over 2014-2020 to accurately measure the expansion history of the Universe.


* Member of the DESI collaboration. DESI is a future generation spectroscopic survey that will start in 2020 and will observe 30 millions of galaxy and quasars to probe the cosmological world model. In this project I am developing the emission line galaxy targeting and also participating in the esign of the Fiber-Robot Positioner System. This robotic system is developed in collaboration with two other EFPL laboratories: LSRO (Laboratory of robotic systems) and REACT (Coordination and interaction system group).

* Exploiting the Hubble Frontier Fields data. The frontier field is a public observing campaign with Hubble conducting deep images of strong lensing clusters, with the goal of using these massive cluster of galaxies to probe the very early universe. Recent results can be found here

* Co-lead of the "Strong Lensing" working group of the ESA Euclid space mission. Euclid is a european-led space mission to conduct a major imaging and spectroscopic survey of the distant Universe. It regroups one thousands scientists and engineers throughout the world.


* Co-Principal investigator of the CFHT-Stripe 82 project. This is an international project assembling about 20 participants located in Europe, Canada Japan and Brazil. This project has imaged 170 square degree of the equatorial sky to measure the mass distribution of structures using weak gravitational lensing.

Cosmology is the study of the structure and evolution of the universe as a whole. This course describes the principal themes of cosmology, as seen from the point of view of observations.