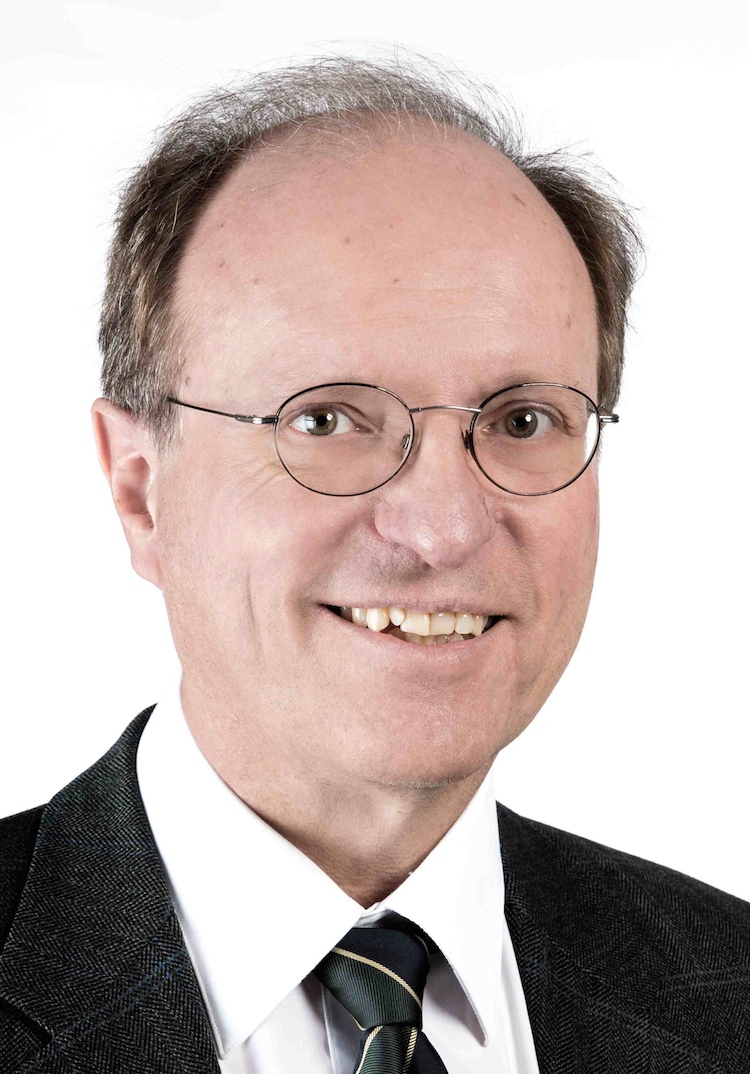 Jean-Philippe Ansermet was born March 1, 1957 in Lausanne (legal origin Vaumarcus, NE). He obtained a diploma as physics engineer of EPFL in 1980. He went on to get a PhD from the University of Illinois at Urbana-Champaign where, from 1985 to 1987, he persued as post-doc with Prof. Slichter his research on catalysis by solid state NMR studies of molecules bound to the surface of catalysts. From 1987 to 1992 he worked at the materials research center of Ciba-Geigy, on polymers for microelectronics, composites, dielectrics and organic charge transfer complexes. In March 1992, as professor of experimental physics, he developed a laboratory on the theme of nanostructured materials and turned full professor in 1995. Since 1992, he teaches classical mechanics, first to future engineering students, since 2004 to physics majors. Since 2000, he teaches thermodynamics also, to the same group of students. He offers a graduate course in spintronics, and another on spin dynamics. His research activities concern the fabrication and properties of magnetic nanostructures produced by electrodeposition. His involvement since the early days of spintronics have allowed him to gain recognition for his work on giant magnetoresistance (CPP-GMR), magnetic relaxation of single nanostructures, and was among the leading groups demonstrating magnetization reversal by spin-polarized currents. Furthermore, his group uses nuclear magnetic resonance , on the one hand as means of investigation of surfaces and electrodes, on the other hand, as a local probe of the electronic properties of complex ferromagnetic oxides.

Spin Evolution in the Born-Oppenheimer Approximation

Hyperactivity of the default mode network in schizophrenia and free energy: A dialogue between Freudian theory of psychosis and neuroscience

The critical periods of cerebral plasticity: A key aspect in a dialog between psychoanalysis and neuroscience centered on the psychopathology of schizophrenia

Antiferromagnetic resonance in a-Fe2O3 up to its Neel temperature

The first generations of stars in the Local Group

Origin of large magnetoresistance in the topological nonsymmorphic semimetal TaSe3

Regulating the anomalous Hall and Nernst effects in Heusler-based trilayers

From the Principle of Inertia to the Death Drive: The Influence of the Second Law of Thermodynamics on the Freudian Theory of the Psychical Apparatus

Doping effect on the thermoelectric transport properties of HfTe5

Extending the lifetime of hyperpolarisation

The Subjective Sensation of Synchrony: An Experimental Study

Social orienting of children with autism to facial expressions and speech: a study with a wearable eye-tracker in naturalistic settings

Magnetization Dynamics of Insulators Subject to a Heat Current

Decoupling of Magnetic Resonance Signals in Time and Frequency Domain

Passive components for millimeter, submillimeter and terahertz electromagnetic waves made by piling up successive layers of material

Experimental results on a modular-gyrotron operating at 0.26THz for 400MHz DNP/NMR spectroscopy application

Thermoelectric Phenomena in Bi1-xSbx Nanowires in Semimetal and Gapless Region

Ferrimagnetism of the magnetoelectric compound Cu2OSeO3 probed by Se-77 NMR

Digest Journal Of Nanomaterials And Biostructures. 2010.

The Swiss Master in Nuclear Engineering: A collaboration between Universities Research Centre and Industry

Temperature derivative of the resistance of spin valves

Phase transition in the localized ferromagnet EuO probed by μSR

The role of Hox genes during vertebrate limb development

Hox gene function in vertebrate gut morphogenesis: the case of the caecum

Low- to high-throughput analysis of telomerase modulators with Telospot

The Nd–Mn exchange interaction in Nd

Thermodynamic description of heat and spin transport in magnetic nanostructures

Mechanisms of pathogen entry through the endosomal compartments

Magnetotransport properties depending on the nanostructure of Fe3O4 nanowires

Magnetic properties of pure and Gd-doped EuO probed by NMR

Add-on extends the capability of a conventional NMR spectrometer

Preparation and Magnetic Properties of Fe3O4 Nanostructures Grown by Electrodeposition

A dual role for Hox genes in limb anterior-posterior asymmetry

Electrochemical synthesis and magnetoresistance properties of Ni, Co and Co/Cu nanowires in a nanoporous anodic oxide layer on metallic aluminium

Bridging the gap between template synthesis and microelectronics: spin-valves and multilayers in self-organized anodized aluminium nanopores

The evolution of magnetic polarons in Eu1−xGdxO: A light scattering study

Thermopower and GMR of a single Co-Cu multilayer nanowire

Spying on Magnetism and NMR : the quantum mechanics playground

Abstracts of Papers of the American Chemical Society. 2001.

Magnetic polarons and the metal-semiconductor transitions in (Eu,La)B6 and EuO: Raman scattering studies

Synthesis and characterization of metallic nanoparticles

Spin-dependent scattering of a domain wall of controlled size

Hox gene expression in limbs: colinearity by opposite regulatory controls

Random and exchange anisotropy in consolidated nanostructured Fe and Ni: Role of grain size and trace oxides on the magnetic properties

The pore-forming toxin proaerolysin is activated by furin

Heterojunctions in nanowires by electrochemical processing

A. Blondel; B. Doudin; J. Ansermet

Magnetic relaxation of nanowires: beyond the Néel-Brown activation process

Regulation of number and size of digits by posterior Hox genes: a dose-dependent mechanism with potential evolutionary implications

Magnetoresistance measurements on single Co nanowires : a direct access to rotation and jumps of the magnetization

A new method to construct nanostructured materials of controlled morphology

Bulletin of the American Physical Society. 1994.

Giant magnetoresistance of nanowires of multilayers

I. Chlebny; B. Doudin; J. Ansermet

Charging effects in the SEM : a tool to study composite electro-conductive films

Solid-State Nmr Techniques For The Study Of Surface Phenomena

NMR Study of the Chemisorption Bond of Carbon Monoxide on Platinum

From the Principle of Inertia to the Death Drive: The Influence of the Second Law of Thermodynamics on the Freudian Theory of the Psychical Apparatus
doi.org/10.3389/fpsyg.2020.00325

The expression TeraHertz Gap refers to the fact that technologies are quite advanced at frequencies below 100 GHz or above 10 THz, but not in between. The development of new sources and the pressure for new solutions in various industrial branches have precipitated the development of electronics components and systems for this frequency range.
See https://wiki.epfl.ch/thz

The course is conceived in the perspective of understanding the fundamentals of spintronics. This implies learning about magnetism at the quantum mechanical level, mechanisms for spin relaxation and spin transport, including Berry phase. Various forms of magnetic resonance are presented.
close