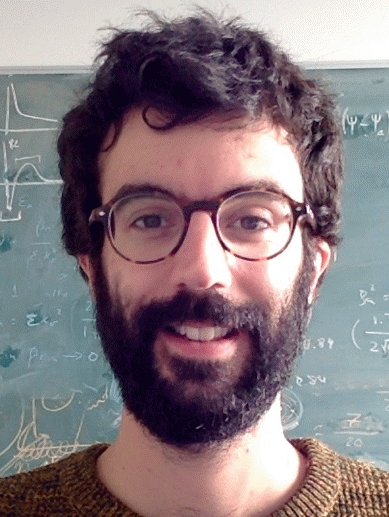 Joaquim Loizu graduated in Physics at the École Polytechnique Fédérale de Lausanne, carrying out his Master thesis project at the Center for Bio-Inspired Technology, Imperial College London, on the theoretical and numerical study of the biophysics of light-sensitive neurons.

In 2009, he started his PhD studies with Prof. Paolo Ricci at the Swiss Plasma Center, the major plasma and fusion laboratory in Switzerland. His thesis focused on the theory of plasma-wall interactions and their effect on the mean flows and turbulence in magnetized plasmas. He obtained his PhD in December 2013.

In 2014, he joined the Max-Planck-Princeton Center for plasma research as a Postdoctoral Research Fellow, spending one year at the Princeton Plasma Physics Laboratory and one year at the Max-Planck-Institute for Plasma Physics in Greifswald, Germany. During this time, he worked on three-dimensional magnetohydrodynamics, studying the formation of singular currents and magnetic islands at rational surfaces.

In 2016, he obtained a two-years Eurofusion Postdoctoral Fellowship to carry out research at the Max-Planck-Institute for Plasma Physics in Greifswald, Germany. During this time, he focused on the computation of 3D MHD equilibria in stellarators, including the possibility of magnetic islands and magnetic field-line chaos.

In 2018, he joined the Swiss Plasma Center as a Scientist and Lecturer. He is also one of the leaders of the Simons Collaboration on Hidden Symmetries and Fusion Energy. His current research interests include stellarators, MHD equilibrium and stability, magnetic reconnection, self-organization, non-neutral plasmas, plasma sheaths, and plasma transport in chaotic magnetic fields.

On the non-existence of stepped-pressure equilibria far from symmetry

Properties of a new quasi-axisymmetric configuration

Verification of the SPEC code in stellarator geometries

Effect of the limiter position on the scrape-off layer width, radial electric field and intrinsic flows

Intrinsic toroidal rotation in the scrape-off layer of tokamaks

Three-dimensional simulations of blob dynamics in a simple magnetized torus

Introduction to plasma physics aimed at giving an overall view of the unique properties specific to a plasma. The models commonly used to describe its behavior are presented and illustrated with examples. Application to thermonuclear fusion and some astrophysical phenomena.