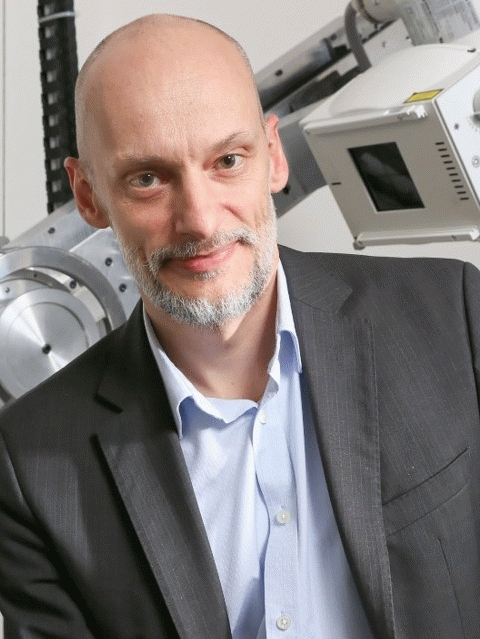 Vision: Scientific research and technology development can be mobilized to help the poorest and most vulnerable in this world.

Klaus Schönenberger obtained an MSc in Microengineering (1993), followed by a PhD (1996) from the Swiss Federal Institute of Technology in Lausanne (EPFL). After a post-doc at Lawrence Livermore National Laboratory in California, he spent over 10 years in the medical devices industry in leading positions such as Vice-President of Worldwide R&D in a $100m company and Global Vice-Resident of Research and Technology in a $1bn company.
In 2009, as he was working for a medical devices company, he received a shock: he realized that there is a huge imbalance in access to medical technology in industrialized versus low and middle-income countries. After a closer look, he discovered that he imbalance’s main cause is a mismatch between existing technologies and business models, with those needed in low and middle-income countries. He decided to leave industry and, in 2009, he co-founded the EssentialMed Foundation, an innovative non-profit venture.
In 2011, realizing that both technology and business models needed a profound rethinking, he joined EPFL where he launched EssentialTech, an initiative inspired by the philosophy of EssentialMed but expanded to a much wider portfolio of "essential" technologies. The university-wide program aims to develop innovative technologies and business models, for the benefit of sustainable development in low and middle-income countries. In this role, he has already launched and overseen a dozen large projects. Major Humanitarian actors such as the ICRC, MSF and Terre des Hommes took notice of the innovative approach proposed, and decided to collaborate in 2015-2016. This has resulted notably in the joint creation between EPFL and ICRC, of the Humanitarian Tech Hub at EPFL.
In May 2017, Klaus directed and launched a MOOC(Massive Open Online Course) entitled “Technology Innovation for Sustainable Development” which aims to spread the unique methodology and approach worldwide. As of today, more than 6000 people have enrolled. In 2018 a first spin-off company was created. Award winning Pristem SA will deploy an innovative new digital xray imaging system, specifically designed for low-income contexts. In December 2018, the creation of the EssentialTech centre was announced by EPFL's presidency, and Klaus is now the Centre's director. Another spin-off of the EssentialTech Centre is the company HMCare, launched in 2020, which is deploying a transparent surgical mask.

Technology Innovation for Sustainable Development
See video introduction to the course here.
Technology innovation can be a great enabler for development in low and middle-income countries. This course presents a methodology and an approach to develop impactful innovations that have the power to foster sustainable development. The course proposes tools to help solve important issues that burden those living in poverty. Through practical examples, we will demonstrate how you can take your initiative from a blank sheet of paper through to large-scale deployment of your technology innovation.
This course is about coming up with an idea and taking it from concept to large-scale deployment.
It fosters an entrepreneurial approach, as you will learn how to design business models that are relevant to address development-related challenges. It encourages co-creating the solution with the key stakeholders involved, including the affected populations.Coming-up with solutions that are more affordable and more durable, that require less use of consumables and electricity while still being economically viable, concerns all of us, and not just the people living in poverty.