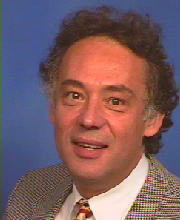 The Laboratory of Optoelectronics of Molecular Materials (LOMM) is active in the fields of "plastic electronics", and hybrid polymer films for photonics. Consequently our work is at the interface between physics and chemistry, at the interface between theory and experiments, and at the interface between basic science and industrial applications.
LOMM has developed major expertise in the fabrication and the device physics of organic light emitting diodes (OLEDs), organic field effect transistors (OFETs) and color changing films for lighting applications. A particular research effort is dedicated to self-assembled monolayers (SAMs) and dipolar surface layers. The LOMM has developed a strategy, which uses SAMs to engineer optoelectronic device electrodes.
Much effort is dedicated to theoretical research, which is directed towards the microscopic understanding of charge transport and charge injection in molecular materials. New algorithms have been developed extensively at LOMM to model optoelectronic devices.