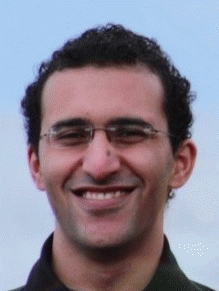 Marwan Abdellah, a self-motivated engineer born in Cairo, Egypt in 1987. He received his B.Sc. and M.Sc. degrees in Biomedical Engieering with distinction with honor from the Systems & Biomedical Engineering Department (SBME), Faculty of Engineering at Cairo University in 2009 and 2012 respectively.

After graduation, he worked as a Research Engineer at IBE Technologies's R&D Department in a 4D ultrasound machines project. Then he moved to work as an Associate Software Engineer at the Biomedical Department in Symbyo Technologies. Afterwards, he joined the Multimedia Laboratory in the Swiss Federal Institute of Technology, Lausanne (EPFL) to conduct a research on H.264 & Reconfigurable Video Coding.

Currently, he is working as a Scentific Visualization Engineer in the Blue Brain Project led by Prof. Henery Markram in the Brain Mind Institute at the Swiss Federal Institute of Technology, Lausanne (EPFL).

Along with his professional career, Abdellah worked as an instructor at NILES (National Institute of Laser Enhanced Science) in Cairo University. He taught two courses in the areas of Computer Graphics and High Performance Computing.

Abdellah has been awarded a graphics card from NVIDIA during attending a workshop in High Performance Computing at the Intenational Center of Theoritical Physics (ICTP) in Trieste, Italy. His graduation project was honored by ITIDA and Egyptian Ministres of Telecommunications & Higher Education during a celebration organized by ITIDA in March 2010.