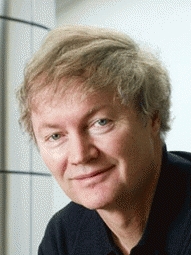 Professor of Physical Chemistry at the Ecole polytechnique fédérale de Lausanne (EPFL) Michael Graetzel, PhD, directs there the Laboratory of Photonics and Interfaces. He pioneered research on energy and electron transfer reactions in mesoscopic systems and their use to generate electricity and fuels from sunlight. He invented mesoscopic injection solar cells, one key embodiment of which is the dye-sensitized solar cell (DSC). DSCs are meanwhile commercially produced at the multi-MW-scale and created a number of new applications in particular as lightweight power supplies for portable electronic devices and in building integrated photovoltaics. They engendered perovskite solar cells (PSCs) which turned into the most exciting break-through in the history of photovoltaics. He received a number of prestigious awards, of which the most recent ones include the RusNANO Prize, the Zewail Prize in Molecular Science, the Global Energy Prize, the Millennium Technology Grand Prize, the Marcel Benoist Prize, the King Faisal International Science Prize, the Einstein World Award of Science and the Balzan Prize. He is a Fellow of several learned societies and holds eleven honorary doctor’s degrees from European and Asian Universities. His over 1500 publications have received some 220’000 citations with an h-factor of 218 (SI-Web of Science) demonstrating the strong impact of his scientific work.