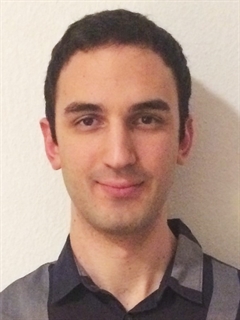 Ivan Michel Antolović received his B.S. and M.S. degree (cum laude) in electrical engineering and information technology in 2010 and 2012 from University of Zagreb, Croatia. During his master, he started working with Hamamatsu’s multi-pixel photon counters (MPPC), mainly interested in detection of collagen and estrogen autofluorescence. He was awarded "Josip Lončar" Bronze Plaque for the best student of the field electronic and computing engineering. He enrolled to a PhD at the University of Zagreb while working as a firmware designer at Artronic d.o.o. Since 2013, he continued to pursue a PhD degree in single photon avalanche diode (SPAD) imagers at TU Delft. His interests include large format photon counting SPAD imagers and small format time correlated SPAD imagers for microscopy applications like localization super resolution, confocal and fluorescence lifetime. During his PhD, he worked in collaboration with EPFL, Leeuwenhoek Centre for Advanced Microscopy, Macquarie University, Weizmann Institute. He was awarded PicoQuant Young Investigator Award in 2016 and Else Kooi Award in 2018.
close