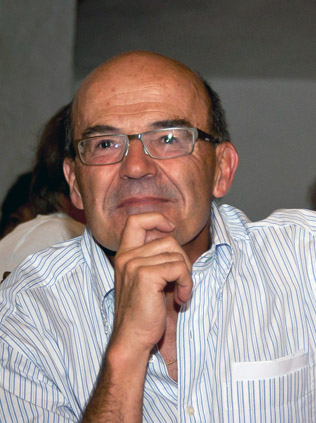 After a PhD in solid state physics (1978) at the Ecole Polytechnique Fédérale de Lausanne (EPFL) and a post-doc at Oak Ridge National Laboratory, Michel Rappaz joined the Institute of Materials of EPFL in 1981. After two years in an engineering company, he came back to EPFL in 1984 where he was nominated Adjunct Professor in 1990 and Full Professor in 2003. He retired from EPFL in 2015 and is now Emeritus Professor and independent consultant for several industries and research centres. His main interests are in phase transformations and solidification, in particular the coupling of macroscopic aspects of heat and mass transfer with microscopic aspects of microstructure and defect formation. Among his diverse achievements, one can mention in particular the development of cellular automata for grain structure predictions and of granular models for hot tearing formation in castings, the coupling of Finite Element method with microscopic models of nucleation and growth, the application of the phase field method to the understanding of various microstructures, the discovery of quasicrystal mediated-nucleation in alloys, and many other studies both fundamental at the microstructure-defect level and more applied at the level of processes. Some of the software developments have been commercialized by a spin-off company founded by his group in 1991 (Calcom SA), now part of the French company ESI. Michel Rappaz initiated in 1992 an annual postgraduate course on solidification which has been attended by more than 900 participants from all over the world. He is presently collaborating closely with another spin-off company started from his group, Novamet SàrL. Michel Rappaz has received several awards, in particular the Mathewson co-author award (1994) and author award (1997) of the American Mineral, Metals and Materials Society (TMS), the Koerber foundation award jointly with Profs Y. Bréchet and M. Asbby (1996), the Sainte-Claire Deville Medal (1996) and the Grand Medal (2011) from the French Materials Society, the Bruce Chalmers Award of TMS (2002), the Mc Donald Memorial Lecture award of Canada (2005), the FEMS European Materials Gold Medal (2013) and the Brimacombe Prize of TMS (2015). He is a highly-cited author of ISI, a fellow of ASM, IOP and TMS, and has co-authored more than 200 publications and two books.