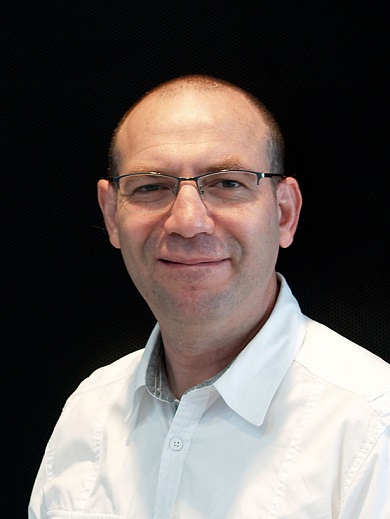 Dr. Mohamed Bouri is a group leader of Rehabilitation and Assistive Robotics in LSRO and lecturer of Robotics and Industrial Robotics. He graduated in Electrical Engineering in 1992 and obtained his PhD degree in 1997 in Industrial Automation at INSA LYON, France. Since 1997, he is at EPFL and is mainly active in the field of robot control, automation and robot design for medical and industrial applications. He is the head of Rehabilitation and Assistive Robotics group since 2005 and has strong references with the development of robotic devices for lower limb rehabilitation : The MotionMaker and WalkTrainer commercialzed by the company Swortec. His ongoing research currently focuses on the development of exoskeletons and the associated control strategies. His main current projects are TWIICE, a lower limb exoskeleton for people with paraplegia, AUTONOMYO, a walk assistance exoskeleton for people with muscle weakness, and the HiBSO, a hip orthosis for elderly.

Topic 2: Robotized Surveys for Astrophysics
• (2013-2016), Contribution to the project DESI (Dark Energy Spectroscopy Instrument) by 1) investigating on the backlash-free positioner 2) development of the position controllers (software and electronics) 3) developing the solution of the collision-free path generation. These 3 requirements and contributions have been successfully achieved. Our group is officially part of the project DESI led by the LBL lab at Berkeley and mainly financed by the department of energy USA.
• (2016) Development of the smallest 2 DOF robot for astrophysics survey. A robot with less than 7mm-diameter has been developed to provide a solution for high density robotized spectrographic surveys. This robot allows the realization of a robotic survey with more than a 10’000 robotic units in less than 1-meter diameter focal plate. This achievement is new and has not been communicated for confidentiality reasons.
• (2015-2016) Development of a 2 degrees of freedom backlash-free robot for astrophysic surveys requiring pitches around 25mm. 10 units have already been realized and characterized with a planar precision around 5 microns. This innovative achievement is carried out in collaboration with the Swiss company Maxon and is financed by the commission for innovation in Switzerland.
• (2016) Implementation of an optical characterization setup to measure tilting and planar precision of 2 dofs micro-positioners for astrophysic surveys. This setup is probably the lone setup providing automated characterization. This achievement is currently driving collaboration between our group and other international groups developing astrophysic surveys.

This course introduces the basics of robotics. The aspects related to robot architectures (Serial , Parallel and Cartesian), sensors, kinematics and dynamic modelling and control are presented. Each of these theoretical topics is linked to its practical a...

This course is a real contact with robotic industrial applications. Components and mechanisms for robotics are reminded. The domains of packaging, assembly are treated separately and CTO of established companies (Bosch Packaging and Unitechnologies) are i...