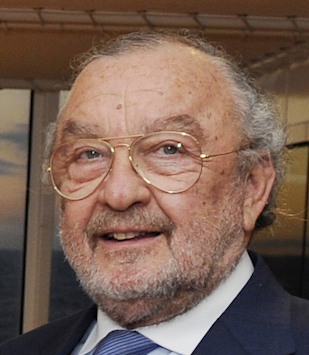 The Signal Processing Institute (ITS) brings together researchers working at the interface between several signal modalities. Our expertise ranges from digital signal processing to integrated systems design and we contribute to both theoretical and practical research efforts. The main topics investigated within ITS include (but are not restricted to):biomedical signal/image processing computer vision data compression media delivery visual information representation and processing integrated system design multimodal signal processing

Murat KUNT was born in Ankara, Turkey, on January 16, 1945. He received his M.S. in Physics and his Ph.D. in Electrical Engineering, both from the Swiss Federal Institute of Technology, Lausanne, Switzerland, in 1969 and 1974 respectively. From 1974 to 1976, he was a visiting scientist at the Research Laboratory of Electronics of the Massachusetts Institute of Technology where he developed compression techniques for Xray images and electronic image files. In 1976, he returned to the Swiss Federal Institute of Technology (EPFL) where, presently, he is Professor of Electrical Engineering and Director of the Signal Processing Institute, one of the largest at EPFL. He conducts teaching and research in digital signal and image processing with applications to modeling, coding, pattern recognition, scene analysis, industrial developments and biomedical engineering. His Laboratory participates in a large number of European projects under various programmes such as Esprit, Eureka, Race, HCM, Commett and Cost. He is the author or the co-author of more than two hundred research papers and fifteen books and holds seven patents. He supervised more than 60 Ph.D. students, some of them being today university professors. He has been the Editor-in-Chief of the Signal Processing Journal for 28 years and a founding member of EURASIP, the European Association for Signal Processing. He is now the Editorin-Chief of Signal, Images and Video Processing journal by Springer and serves as a chairman and/or a member of the Scientific Committees of several international conferences and on the editorial boards of the Proceedings of the IEEE, Pattern Recognition Letters and Traitement du Signal. He was the co-chairman of the first European Signal Processing Conference held in Lausanne in 1980 and the general chairman of the International Image Processing Conference (ICIP'96) held in Lausanne in 1996. He was the President of the Swiss Association for Pattern Recognition from its creation until 1997. He consults for governmental offices including the French General Assembly. He received the gold medal of EURASIP for meritorious services, the IEEE ASSP technical achievement award, the IEEE Third millennium Medal, an honorary doctorate from the Catholic University of Louvain, the technical achievement award of EURASIP and the imaging scientist of the year award of the IS&T and SPIE in 1983, 1997, 2000, 2001, 2003 and 2003 respectively. He retired in June 2008 and has been Professor Emeritus since then. Please go to: http://lts5www.epfl.ch/kunt.html for more details