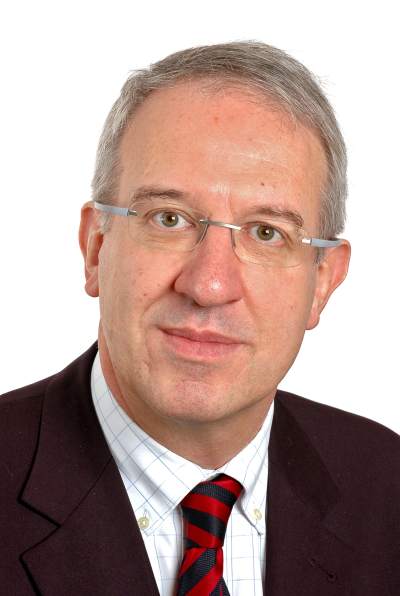 Nico de Rooij is Professor Emeritus of EPFL and previous Vice-President of CSEM SA. He was Professor of Microengineering at EPFL and Head of the Sensors, Actuators and Microsystems Laboratory (SAMLAB) from 2009 to 2016. At CSEM SA he was responsible for the EPFL CSEM coordination from 2012 to 2016. His research activities include the design, micro fabrication and application of miniaturized silicon based sensors, actuators, and microsystems. He authored and coauthored over 400 published journal papers in these areas.

He was Professor at the University of Neuchatel and Head of the Sensors, Actuators and Microsystems Laboratory (SAMLAB) from 1982 to 2008. Since October 1990 till October 1996 and again from October 2002 until June 2008, he has been the director of the Institute of Microtechnology of the University of Neuchatel (IMT UniNE). He lectured at the Swiss Federal Institute of Technology, Zurich (ETHZ), and since 1989, he has been a part-time professor at the Swiss Federal Institute of Technology, Lausanne (EPFL). He has been appointed Vice-President of the CSEM SA in February 2008 and headed the newly created Microsystems Technology Division of CSEM SA, from 2008 until 2012. He was Director of EPFL's Institute of Microengineering (EPFL STI IMT) from 2009 to 2012, following the transfer of IMT Uni-NE to EPFL.


Dr. de Rooij is a Fellow of the IEEE and Fellow of the Institute of Physics (UK). He recieved the IEEE Jun-Ichi Nishizawa Gold Medal, the Schlumberger Prize as well as the MNE Fellow Award 2016. He was awarded a Visiting Investigatorship Program (VIP) in MEMS/NEMS Systems by the A*STAR Science and Engineering Council (SERC), Singapore, hosted by SIMTech, for the period 2005-2008.

He has been serving on the Editorial Boards of the IEEE/ASME Journal of Microelectromechanical Systems (IEEE JMEMS), the IEEE proceedings, the Journal of Micromechanics and Microengineering, JM & M,, the Sensors and Actuators ,and Sensors and Materials. He was Member of the Information and Communication technology jury of the BBVA Foundation Frontiers of Knowledge Awards from 2009 to 2012.

Dr. de Rooij is (or was) Member of numerous international steering committees of conference series as well as
technical paper review panels including the steering committee of the International Conference on Solid-State
Sensors and Actuators and of Eurosensors. He acted as European Program Chairman of Transducers '87 and General Chairman of Transducers '89, Montreux, Switzerland.

He has supervised more than 70 Ph.D. students, who have successfully completed their Ph.D. thesis.

Link to past PhD students

Gas Detection with a Micro FTIR Spectrometer in the MIR Region

Microfluidic System for Near- and Mid-Infrared Analysis of Human Saliva

Microsystems and Opportunities of Technology Transfer

PYROMEMS IGNITER BASED ON A TEMPERATURE GRADIENT: CONCEPT, FABRICATION AND CHARACTERIZATION

A MICRO GAS PRECONCENTRATOR WITH IMPROVED PERFORMANCES FOR ENVIRONMENTAL MONITORING

Microcolumn design for a large scan field and pixel number

Colorimetric gas sensors based on optical waveguides made on plastic foil

Micromirror array for multiobject spectroscopy in ground-based and space telescopes

Digital Micro-thrusters with simplified architecture and reliable ignition and combustion

Disposable, Continuous-Flow Biosensor for Multi-Analyte Monitoring and Microfluidic Control of the Linear Range

Localized Growth and Integration of Carbon Nanotubes on Micro-Hotplates

Dynamic and static thermal study of micromachined heaters: the advantages of visible and near-infrared thermography compared to classical methods

Study and fabrication of a micro scanner for optical applications

Applications of Bio-MEMS in Life Sciences

Establishment of a technology platform for epitaxial piezoelectric MEMS

Potentiometric platform for the quantification of cellular potassium efflux

MEMS Fabrication based on Epitaxial Piezoelectric Thin Films on Silicon

MEMS Fabrication based on Epitaxial Piezoelectric Thin Films on Silicon

On the thermal simulation and characterisation of microsystems: progress and status

Large Deformation Balloon Micro-Actuator based on Pyrotechnics on Chip

Large Deformation Balloon Micro-Actuator Based on Pyrotechnics on Chip