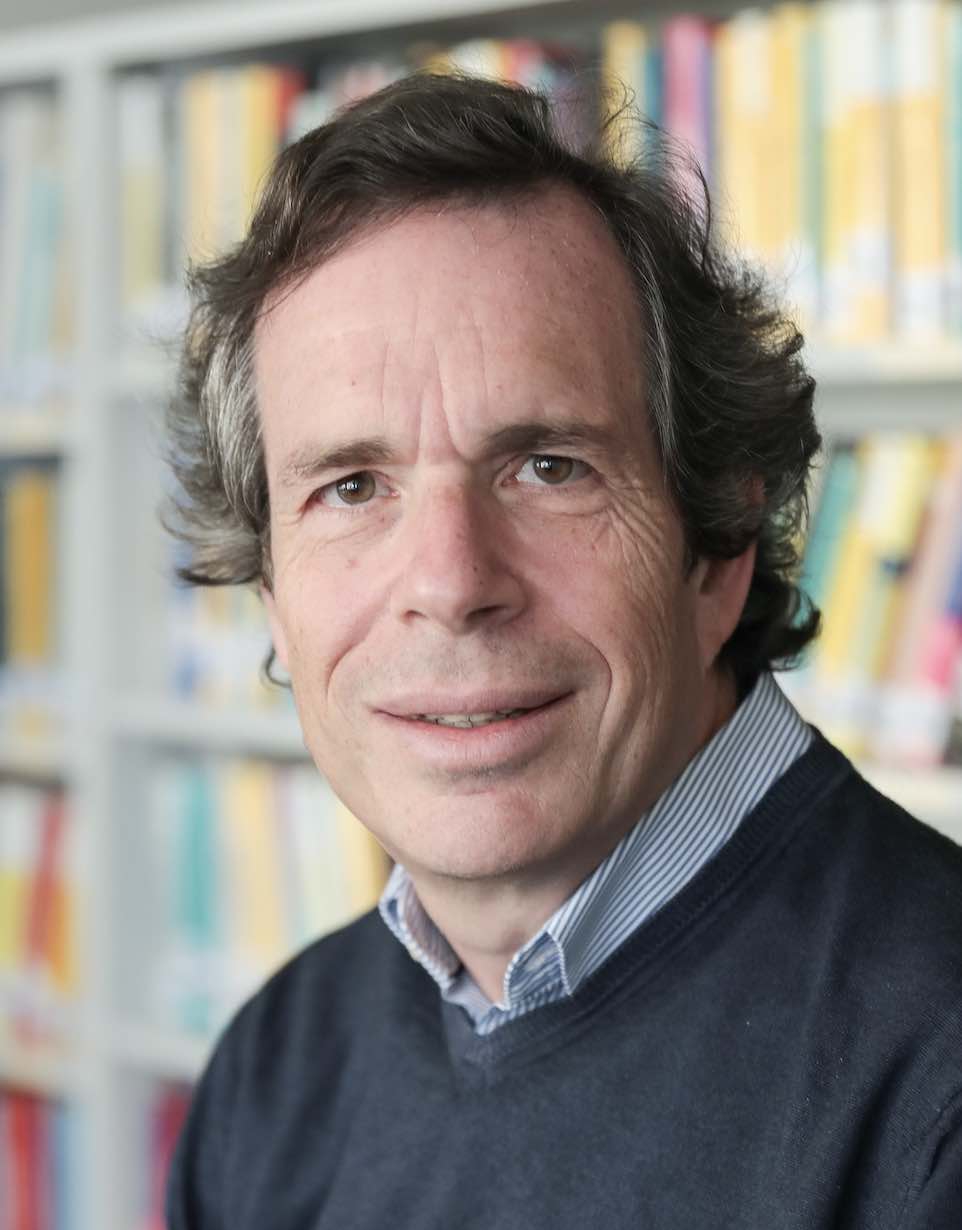 I received a PhD degree in theoretical physics from EPFL and then pursued my scientific activity at the mathematics department of Rutgers University (NJ, USA). Then I joined the Faculty of Basic Science of EPFL, where I worked in the field of quantum statistical mechanics and mathematical aspects of the quantum Hall effect. Since 2005 I am with the Communication Theories Laboratory of the School of Communication and Computer Science and am currently working at the interface between the theory of error correcting codes, statistical mechanics and information theory. I have held visiting appointments and collaborated with the University College and the Institute of Advanced studies in Dublin, the Ecole Normale Superieure de Lyon, the Centre de Physique Theorique Luminy Marseille, Paris XI Orsay, the ETH Zuerich.

Current and Past PhD students

Currently my research projects are at the interface of error correcting codes, information theory, statistical physics and constraint satisfaction problems from theoretical computer science. The problems involved have deep relations, both in terms of concepts and methods, with the statistical mechanics of disordered systems and in particular spin and structural glasses on sparse or dense graphs. The recent practical success of message passing algorithms such as belief propagation and survey propagation calls for the development of a coherent mathematical framework. The emphasis is on rigorous results and methods, and these subjects are investigated using a mix of methods from mathematical and statistical physics, probability, functional analysis and discrete mathematics.

I am also interested in quantum information theory and notably in quantum constraint satisfaction problems.

A few recent (and older) selected projects are briefly described below. This research is supported by grants of the Swiss National Foundation for Science.

Spatial coupling originated a decade ago in coding theoretical constructions that result into very performant graphical codes which allow to achieve Shannon's capacity with a low complexity decoding algorithm.

The following paper contains a conceptually simple proof of threshold saturation for general LDPC ensemble on general binary memoryless channels. The proof uses a "generic" variational formulation for this class of problems.

We have also investigated spatial coupling, not so much from the point of view of an engineering construction, but as a new proof technique.
In particular we find that simple mathematically analysable algorithms behave much better on the coupled instances, a fact that allows to derive new rigorous lower bounds on the SAT-UNSAT thresholds of various constraint satisfaction problems. Remarkably these bounds can be proven to be valid for the original un-coupled system.

It has been conjectured for some time that for LDPC codes on general binary memoryless channels the replica symmetric formula for the conditional Shannon entropy (average free energy of the associated spin glass) is exact. We prove this conjecture (theorem 6). The proof analyzes the spatially coupled ensemble and projects back onto the original un-coupled LDPC ensemble.

In the realm of fluid mechanics and optimal mass transportation many functionals of interest are not convex but are "displacement convex". This is a relatively recent notion of convexity that is natural for functionals of measures (of a mass density). We have recently found that this notion of displacement convexity applies well to the variational formulation of spatially coupled codes over the binary erasure channel. This allows to provide new proofs of the existence and unicity of the solutions of the density evolution integral equations. The topic is currently being pursued in various directions.

Various rigorous methods from statistical mechanics can be used to study various aspects of codes on graphs and communication systems. These include Cluster or Polymer Expansions, the Guerra-Toninelli interpolation method (further developed by Franz, Leone, Montanari, Panchenko), and classical correlation inequalities. Here is a sample of applications.

The theory of the integer quantum Hall effect rests on the existence of localized states at the band edges in the spectrum of magnetic random Schroedinger operators. This is the picture in the bulk of the two dimensional sample. The edges of the sample support extended chiral states so the spectral properties of magnetic operators with boundaries are different. Moreover one can compute the Hall conductance from bulk states or from the boundary states and of course the result can be proven to be the same: this involves a beautiful interplay of functional analysis, geometry and topology. The following papers are a contribution to the rigorous aspects of this theory.

Information is stored and processed in material systems. With their miniaturization, it becomes necessary to replace the concept of classical bit by that of quantum bit. This course develops the subject of quantum communications, cryptography and correlations. The IBM Q machine will be discussed.

Today one is able to manipulate matter at the nanoscale were quantum behavior becomes important and possibly information processing will have to take into account laws of quantum physics. We introduce concepts developed in the last 25 years to take advantage of quantum resources.

The miniatursation of computing devices leads to revise the classical concepts of computation and develop models of quantum computation. The course introduces quantum bits, elementary quantum logical gates and circuits, the main quantum algorithms. We also introduce the students to the IBM Q machine